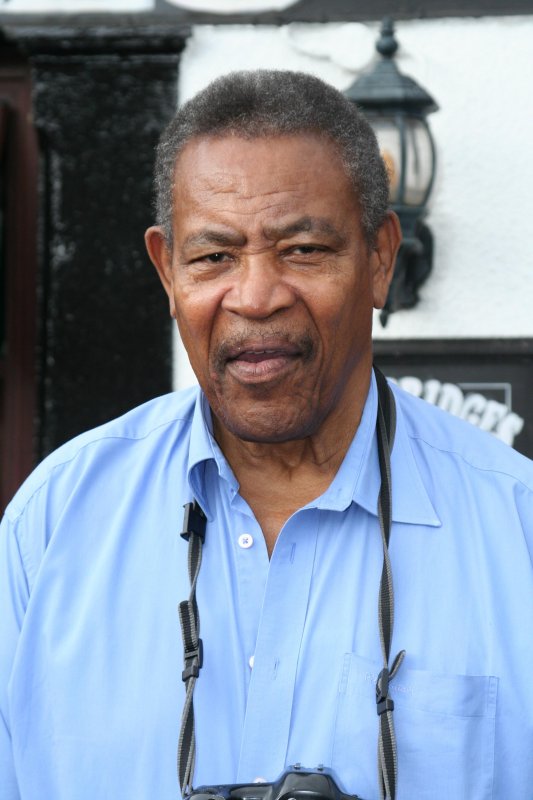 Gordon Petrie was born in Georgetown, Guyana on 11th September 1922 one of three Brothers and a Sister  given to parents Remington and Julia Petrie.

All three  lads were large boned from birth and soon grew into strapping young men as is the tradition in that African Country, but it was Gordon that excelled as a sportsman. He took up swimming and physical culture followed by  weight lifting  and soon developed his giant frame into the wonderful physique that was to become his trademark. His strength was phenomenal and was known to press 290 lb, squat over 500 lb, with a strength set Olympic total poundage of over 900 lbs. At 6’ 4” and weighing between 17 and 19 stone no wonder that he became the golden Adonis of wrestling. 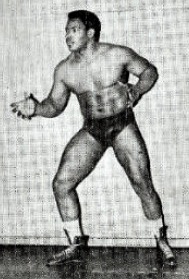 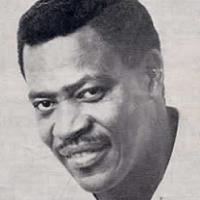 Initially, he emigrated to the UK. in 1948 as part of the National weightlifting team, appearing at the White City in the  Olympic squad, but also wanted to become an engineer and to complete his studies in London, where he was soon discovered to have an excellent baritone singing voice. This took him into amateur dramatics from where he won a part in ‘Kismet’ on the London stage. A stint that was to last 18 months. During the show, he was expected to perform a strong man act and fellow chorus line singer Ken Richmond soon saw potential for Gordon as a wrestler. Ken was a former bronze medallist at Helsinki and a Legend among the Amateur ranks. He took Petrie to the YMCA in Tottenham Court Road, where the young  giant learnt the art of grappling. During this time pro wrestling hard man Bert Assirati met super fit Gordon and taught him the Pro side of wrestling.

In 1956 at Croydon baths , the newly re named Prince Kumali had his first bout against Bert himself, which lasted just 5 minutes, necessitating medical attention for concussion and the following month away from the ring. However, he was soon back for more and there followed many more outings against various heavyweight opponents including Assirati. Whilst improving against the Legend , he never actually beat him, but often bragged that he now lasted 20 minutes! 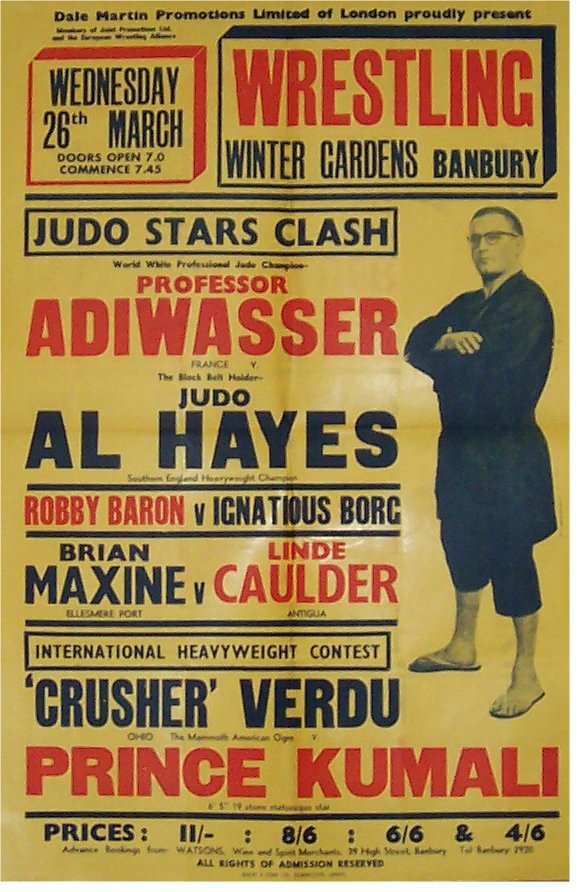 Meanwhile, the stage work continued, and there followed a part in ‘South Pacific’, which took the youngster all over the Country including London.

By 1958, Kumali was also established as a gifted wrestler on the Independent circuit, allowing him to curtail his studies and become a full time worker.

He was offered his first Tour abroad with a trip to India in 1959 which lasted a year, culminating in two bouts against the national hero Dara Singh, holding him to a draw in front of 80,000 spectators and later a win for our statuesque gladiator in front of an amazing 120,000. These sized crowds were normal for India which is home to all wrestling as their National sport for thousands of years. Dara Singh was so impressed with Kumali's prowess that they became firm friends and the Prince appeared alongside India's favourite film star as the villain in three Bollywood movies. 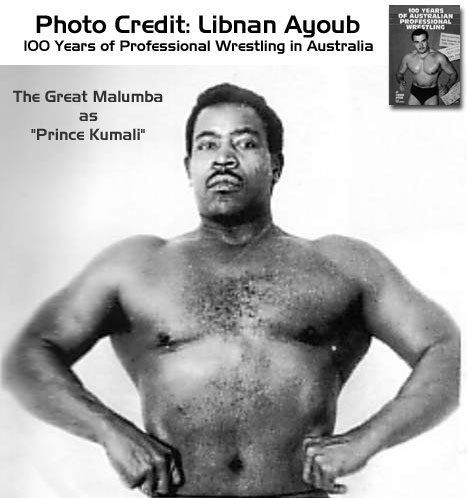 As his fame and International reputation grew 1960 continued Kumali’s globetrotting regime with trips to the Far East, Pakistan and  Singapore, where he was invited to wrestle in front of their King Mehemdra, then onto East Africa  for many bouts before the Royal family there. Once again he was abroad for the whole year, often working under different names including 'Geat Malumba' (see above), but not the original American star of the same name.

The Prince throws Steve Veidor in one of their many feuds)

During the early 60’s, the Prince was a frequent visitor to London’s nightlife in between wrestling commitments and it was on one of these trips to Clubland that he met both Wayne Bridges and old mentor Bert Assirati, who were working the doors and where he was introduced to  Sheila his future wife. She had a speciality act, working at venues like Raymonds Revue Bar, and the couple soon fell in love. Sheila was an aspiring Business woman and used Prince’s contacts in Uganda to develop an import facility, bringing fruit into the U.K.

By 1962, leading Promoters : Dale Martin had spotted the colossus and signed him to their books, giving him his first TV airing shortly after. This exposure gave Kumali the spotlight and he became a firm favourite among the audiences, headlining the whole Country against many leading opponents. His ability to vary his style from blue eye to villain or to technical expert gave him the edge and this factor coupled with a great wrestling physique and presence, guaranteed a long career for this most modest and unassuming of men.  He often tagged with fellow athlete and former Mr Universe : Earl Maynard and the sight of these two perfect specimens drove female members wild. 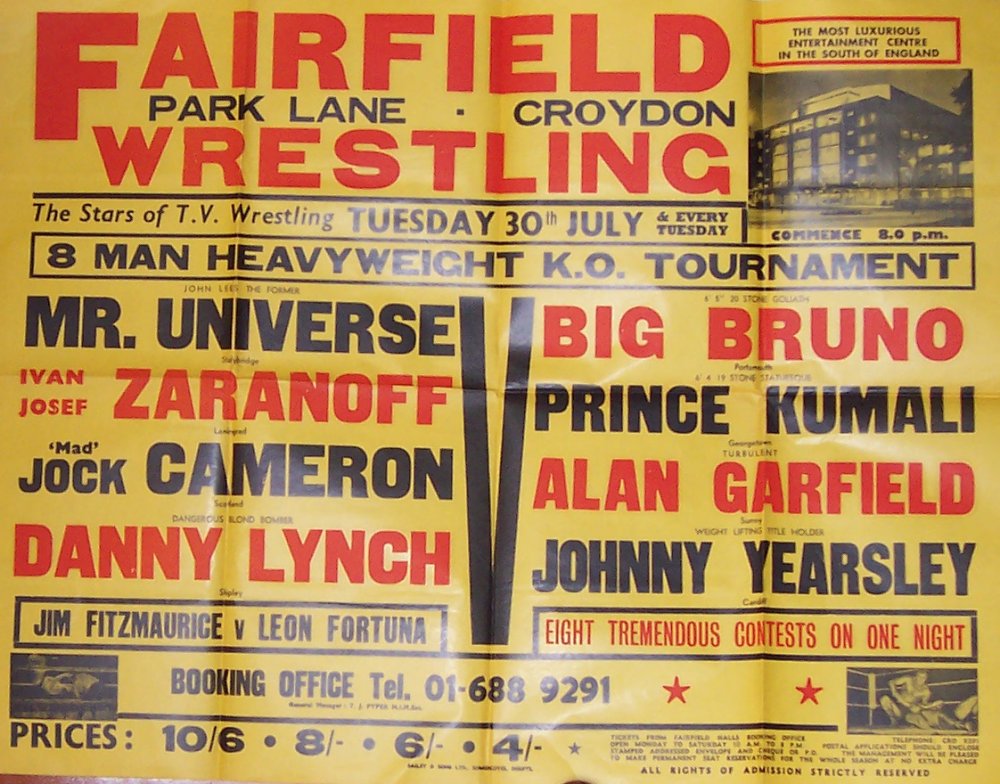 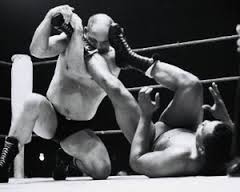 ( In action against Gordon Nelson)

During 1965, he travelled to Kenya, where he was watched by President Kenyatta, as he defeated favourite Professor Adiwasser, which gave him an extension to the Tour of 7 months. He then took part in the Commonwealth Heavyweight Championships in Nairobi, in front of 7000 being narrowly beaten by Ray Hunter. The Tourny being eventually won by Frank Valois.  The demand for his services was phenomenal with Kenya National Breweries quickly booking him in Mombasa to compete in the national Championships which took him to the finals against the great Ray Apollon. The match lasted nearly 15 gruelling rounds in an evening outdoor heat exceeding 80 degrees.The world of wrestling was the prince's oyster with Kings and Queens across the globe calling him friend. One particular pal was Prince Khalil the Son of former King Saud of Saudi Arabia who was so enamoured by the athlete, that they would socialise in the Royal palace, calling each other 'Prince'!

On one wrestling  trip to Spain, he was inducted into a spaghetti western that was being filmed and was the hit of the movie.

Life was not all wrestling and filming  however, and the super heavyweight took full advantage of the beautiful African Countries to practise his horse skills plus considerable cinematic and photography hobby, by going on many safaris with his pal of the day : Vic Preston. 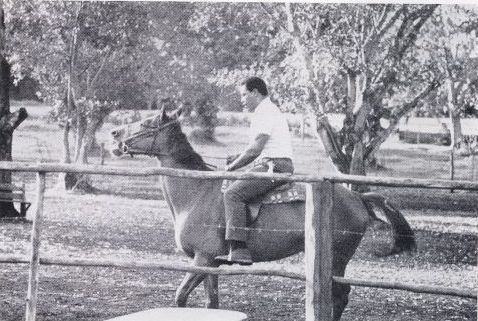 ( Horseriding in the African bush)

There was also an element of danger, by working in these far off shores. On one occasion,  in Uganda, he narrowly missed being caught up in the coup d’etate of President Obote, and in the Lebanon one Politician was assassinated during the Tour necessitating all wrestling to be cancelled and the boys flown home.

Back on the International scene, Kumali was entered into the prestigious  Zambia Tower cup Championships in 1968 and was runner up in front of 5000 chanting fans . Not bad from 2000 entrants and a competition that lasted 5 months ! 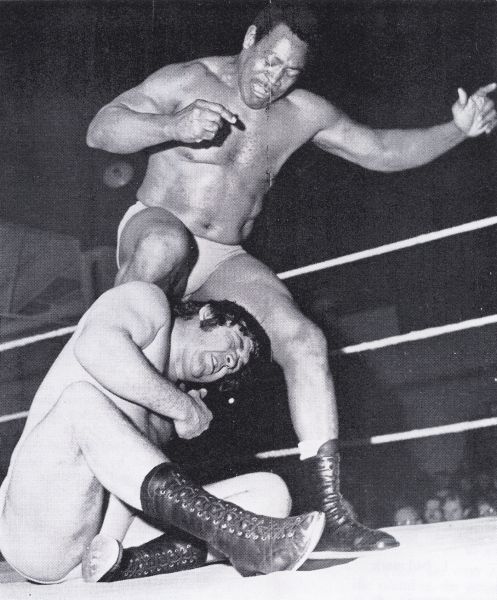 Sadly, with all the travelling that Prince Kumali undertook, the marriage to Sheila did not survive and he left their Alexandra Park home to move into a flat above one of Wayne Bridge's pubs . Shortly after which he took a public house called the George Canning in Efra Road Brixton. This venture was then followed by taking a café further up the same road. Finally Gordon invested in an upstairs 4 bedroom apartment opposite the pub , where he stayed until his death. Eventually, he  met and fell in love with Margaret , an air stewardess and together they gave birth to their beautiful daughter Julia,  ( named after Gordon’s Mother), although Margaret continued to live in Staines where she resides to this day.

As age inevitably caught up with this great athlete, he turned back to his first love of acting and singing, retiring from the ring in the early 90’s after an incredible 35 year professional career to concentrate on stage work, appearing in many movies, TV shows and advertisements almost continuously until well into his late 80’s.

The funniest yarn came from Kumali himself, when he was cast as the Wizard in the recent Harry Potter movies and the makeup team wanted him to play it as a white man !! He  said at the time that like Queen Victoria, he was not amused but the money was good so they could paint him any damn colour they wanted. 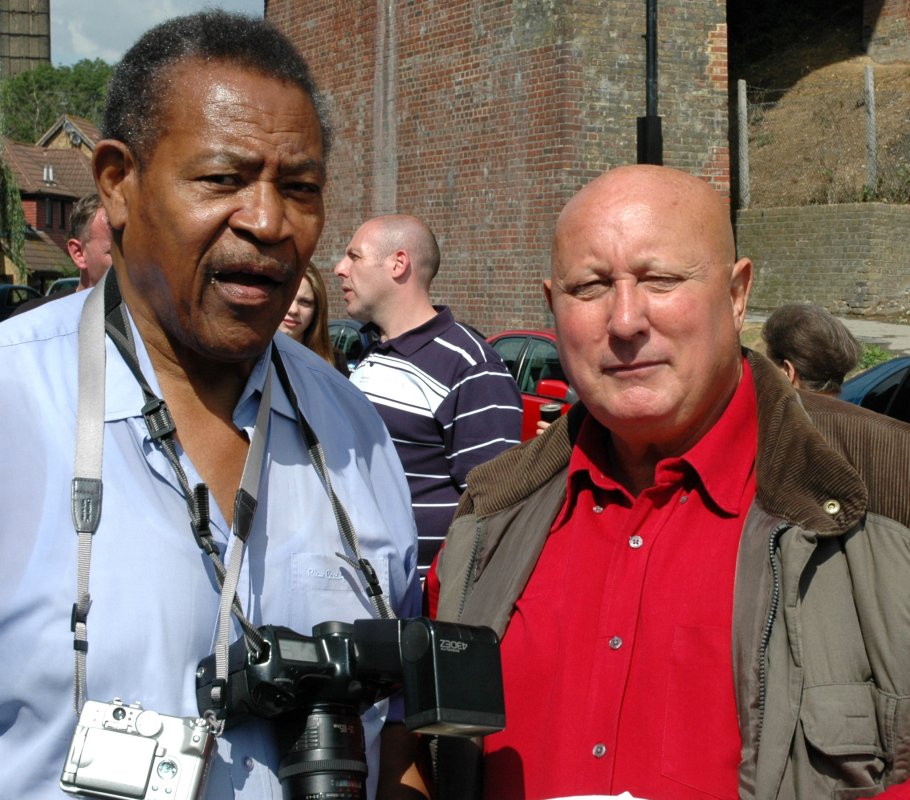 The Prince continued his love of wrestling however, by becoming official photographer to the British  Wrestlers Reunion for many years, where his popularity never waned, maintaining his dry sense of humour and characteristic deep slow drawl until the end. His photographic skill was amazing, doing all his own developing and editing. 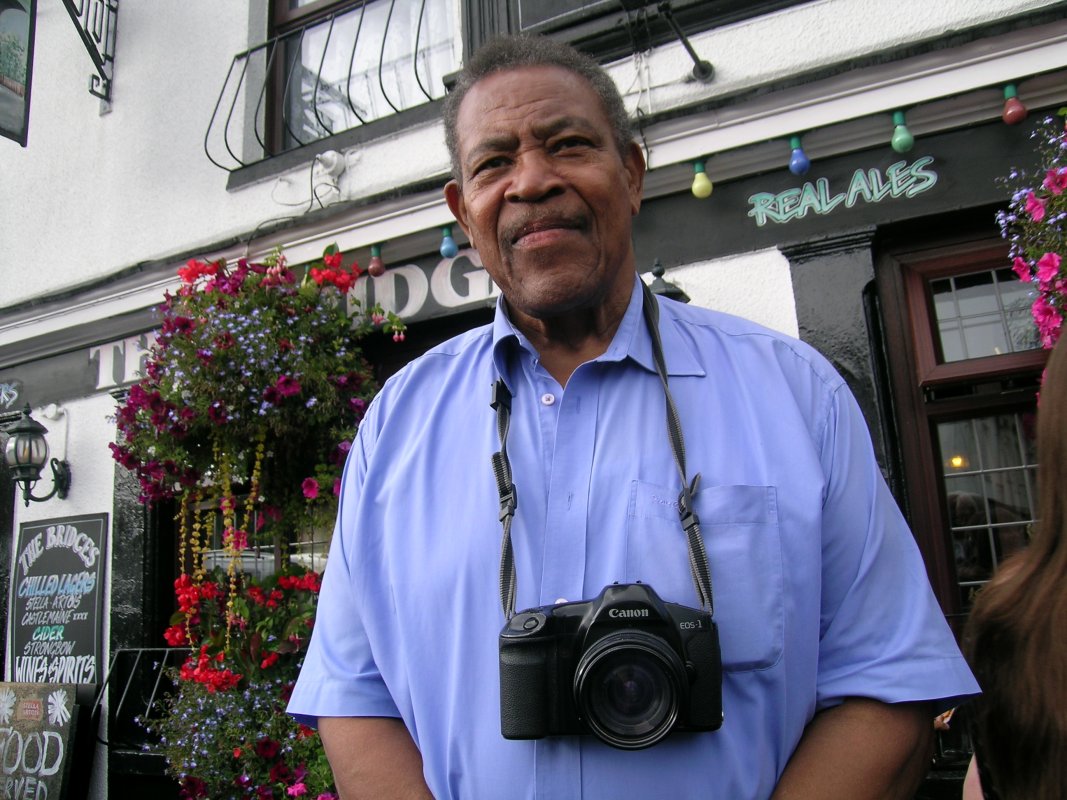 Unfortunately, he was diagnosed with Alzeimers Disease some time ago, which prevented him attending the last three Reunions, but he kept in touch by telephone as his failing memory allowed. Just five months ago, he was in good spirits and when asked how he was feeling, the Legend replied ‘I guess that I must be o.k. as no one has called for me yet !’

Sadly, they have called for him now to rise up into the great dressing room in the sky, where he will sit on the eternal throne together with all the great gladiators and Officials that have gone before him.

(Pat Roach, Wayne and Sarah Bridges, Steve Veidor and prince Kumali at 2003 Reunion prior to Bomber Roach's death from cancer)

Kumali passed away in January 2015 and was in his 93rd year, but looked and acted 20 years younger. He will be sadly missed by all who were privileged to know him His fame and worldwide reputation as a great warrior will never be forgotten. A credit to himself , the wrestling Business, and wonderful Ambassador for his beloved adopted  United Kingdom.