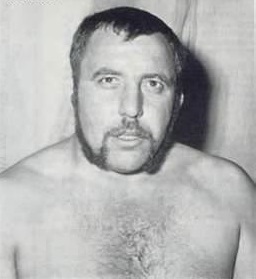 Malcolm Kirk was born on the 18th December 1936 in Pontefract, West Yorkshire although in his early days had no intention of taking the career that would lead him to stardom. 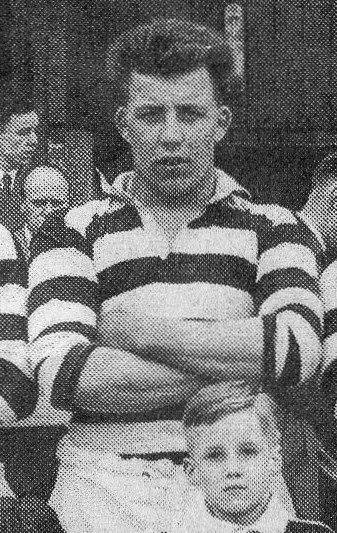 Initially, Mal worked as a coal miner and also played professional rugby for Featherstone Rovers, Castleford and Doncaster as well as being a doorman.  Mal was also involved in judo and joined the Bramley Judo Club in Leeds and as a result of this he joined a local amateur wrestling club also in Leeds and although he was to have success in the amateur ranks it was to be the bright lights of the professional ring that would be Mals next course of action.

During the early 1960s Mal had a meeting with top promoter Norman Morrell.  Mal was a big powerful man and it was apparent that due to this he could, if trained correctly, be a big star in the wrestling business. Norman Morrell could see this and offered Mal a contract.  Mal knew that if he wanted to be a star he would have to train hard and this is what he intended to do.  In view of the fact that he had previously played professional rugby he was already very fit and as he trained more in the professional wrestling ranks it wasnt long before he got noticed. 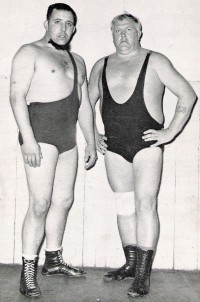 In 1969 Mal had a televised match against Albert 'Rocky' Wall, this was to be the start of many television appearnces that Mal would have up until 1987 during which time he used such ring names as Mucky Mal Kirk, Kojak Kirk and King Kong Kirk.  The promoters also had another wrestler by the name of Paul Luty, an ideal tag team Partner for Mal and the two teamed up and travelled around the country taking on many of the top tag teams around at that time.

Due to his regular television appearances Mal was becoming a well known face and was soon travelling up and down the UK on a nightly basis taking on many of the greats such as Wayne Bridges, Wild Angus, Mike Marino, Pat Roach, Roy St Clair and Geoff Portz to name but a few.  In 1971 Mal pinned Mike Marino in the Royal Albert Hall tournament and it wasnt long therefore before Mal was being noticed by the foreign promoters. 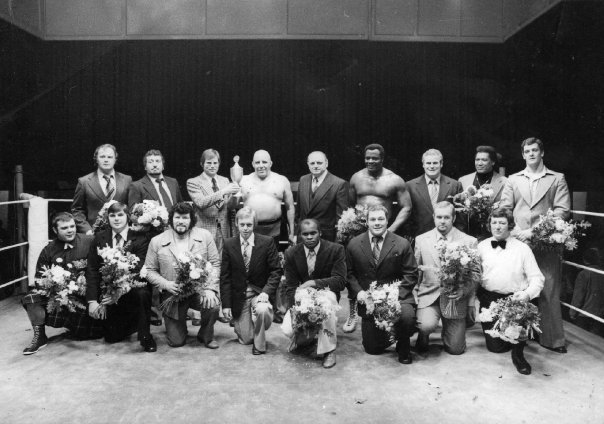 (Mal Kirk on one of his many foreign trips)

As the 1970s progressed Mal found himself wrestling more and more around the World.  In 1973 and 1974 Mal wrestled in Canada where he won the Northern Provinces Championship and during the mid and late 1970s was a regular visitor to Austria and Germany where he had success in the 1977 Oldenburg Tournament and in 1978 the prestigious Bremen Tournament.  Mal also had a long tour of the Middle East and India where again he had a great deal of success. 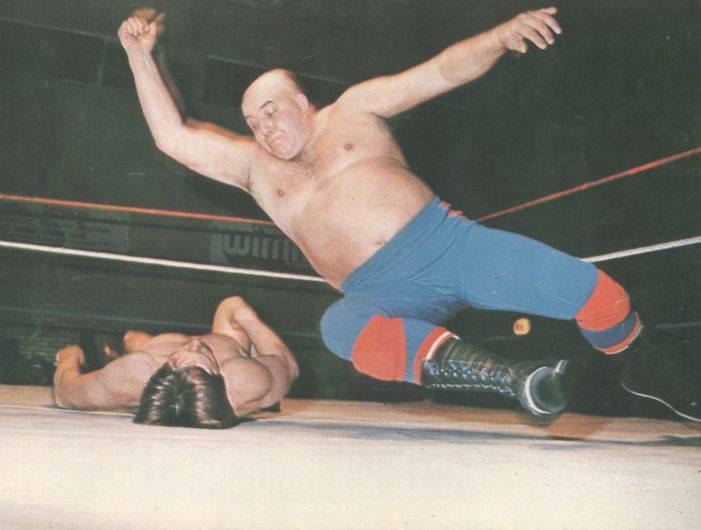 As the 1970s drew to a close Mals European wrestling appearances started to slow down. Although Mal did have a number of bouts for the British Heavyweight Championship he was not successful in these.  By this time Mal was now a solid 25 stone and with his shaven head looked even more menacing that he had previously done.  It was decided at this time that Mal would also cut back on his solo contests and he found himself more and more in tag team action partnering the likes of Giant Haystacks, Banger Walsh, John Quinn and Bruiser Muir. As Mal walked to the ring the chorus of boos would echo around the halls, Mal was the villain in the ring but was loved by everyone. He would often immobilise his opponents with his devastating guillotine elbow drop, a move that very few recovered from.  Wrestling was seeing a resurgence in the UK at this point and Mal often found himself top of the bill in tag team action.  Whilst he continued to have the odd solo bout it was tag team action that was now his mainstay and Mal continued to do this during most of the 1980s. 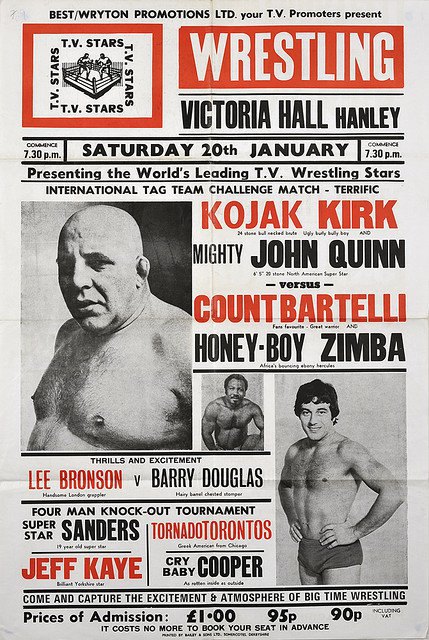 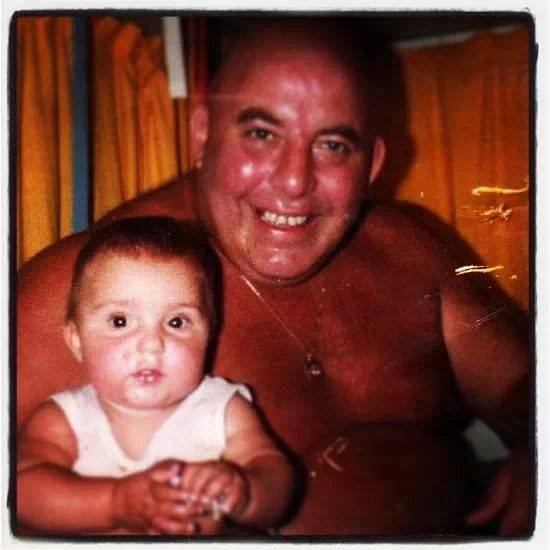 Mal Kirk was a gentle giant, the man he portrayed in the ring could not have been more different from the man he was in real life, a family man, a joker and liked by his fellow wrestlers and fans alike.

Mal Kirk is sadly missed to this day but he more than deserves his inclusion into the Hall of Fame so that he memory will live on for many years to come.

© 2022 British Wrestlers Reunion. Content of this site must not be reproduced without the permission of the site owners