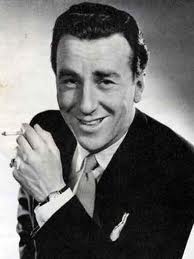 Kent Walton was born on Aug 22nd 1917 in Cairo, where his father was a minister of finance.  He grew up in Surrey and was a keen and very successful Springboard Diver.

Initially young Kent pursued an acting career enrolling at the Embassy School of Acting in London but the outbreak of war put a hold to Kent's promising career as he served King and country as a radio operator and front gunner.  After the war Kent returned to the stage and during this time he met and fell in love with Lynn Smith, the two were married in 1949 and had one son together.  Due to his remarkable vocal talent Kent became a sports commentator covering Football and Tennis at Wimbledon before his first wrestling commentary on November 9th 1955, he would remain a fixture on the wrestling until it was cancelled in 1988, a remarkable and unparallelled  33 continuous years .

As well as being the beloved commentator on World of Sport ,Kent enjoyed other successes including fronting the first pop show on TV, Cool for Cats.  He also made many other television appearances providing the voices to countless television commercials over the years.

Away from wrestling, he owned and ran a very successful film production Company.