John Lagey was born on the 20th April 1920 although is much better known as one of the most popular wrestlers of the 1960s and 1970s as Johnny Kwango.

Originally, Johns thoughts of following his brother, who had been billed as Black Butcher Johnson, in the ranks of professional wrestling ranks had been a long way away and he started a career as a Ballet dancer for The Ballet Negres, the first all black ballet group in Europe.  This was a very successful time for Johnny and he was travelling all over Europe.  Following on from this John tried his hand as being a musician and was an accomplished drummer and pianist and again something that he became very successful at but despite the fact that he could have had a good career in either one of these the call of the ring finally got hold of Johnny and he began training in earnest to become a professional wrestler. 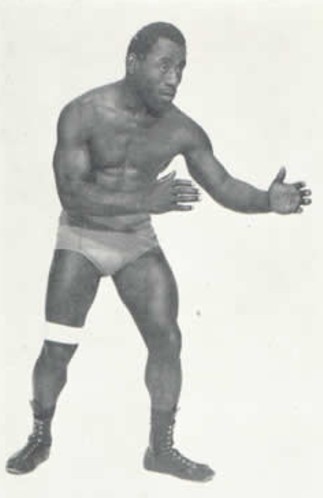 (Johnny Kwango poses for the camera)

In the late 1940s Johnny made his debut and right from the start made an impact that is still remembered today.  Originally billed as Black Kwango Johnny soon found himself standing in the opposite corner to the likes of Mick McManus and Jackie Pallo as well as many of the other top stars of the day.

Johnny was soon to be given national exposure when he had his first televised match on the 15th October 1960 from Purley where he faced Iron Man Steve Logan.  This was to be Johnnys first of many appearances on ITV wrestling that would last up until his retirement in the early 1980s.  The majority of Johnnys televised matches were against many of the big stars of the day including Tug Holton, Brian Maxine, Reg Trood, Mark Rocco, Alan Dennison, Billy Torontos, Adrian Street to name but a few.  Johnny was also given a great honour when ITV staged mid week wrestling and he was used in the opening titles. 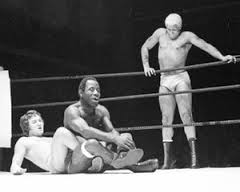 Despite being mainly a solo wrestler Johnny did enter the tag team ranks on occasions teaming with the likes of Johnny Kincaid, Leon Fortuna and Clive Myers.  Johnny also had successful tours of Europe although was never a title holder.

In 1963 Johnny made an appearance at the Royal Albert Hall in the presence of HRH The Duke of Edinburgh and made the national press when he was thrown from the ring by his opponent on the night, Jackie Pallo, and landed at the Royals feet. 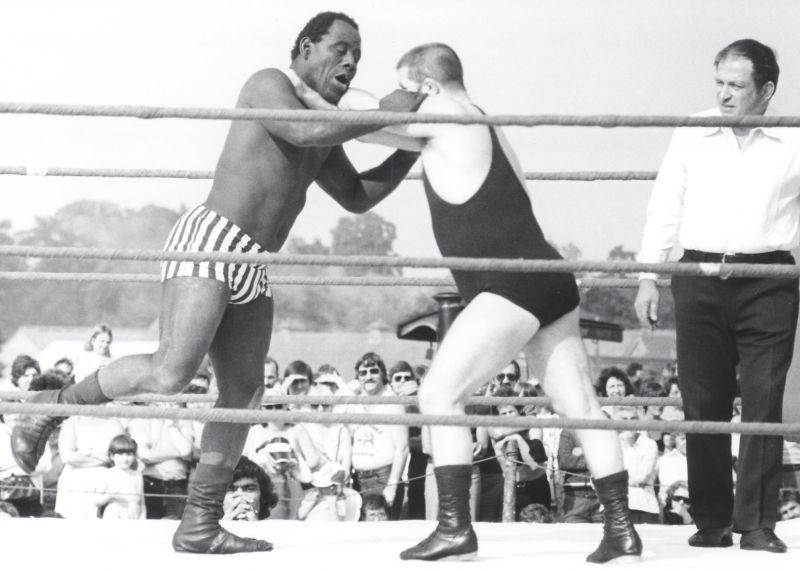 Johnny was now an established wrestler and one of the most famous names in british wrestling, his regular appearances on ITVs World of Sport made his a household name.  Johnnys matches were always very entertaining and he soon earnt the nickname of the 'King of the Headbutt' this being something that once done to an opponent usually signalled the end of the match as very few wrestling recovered from this manouevre. 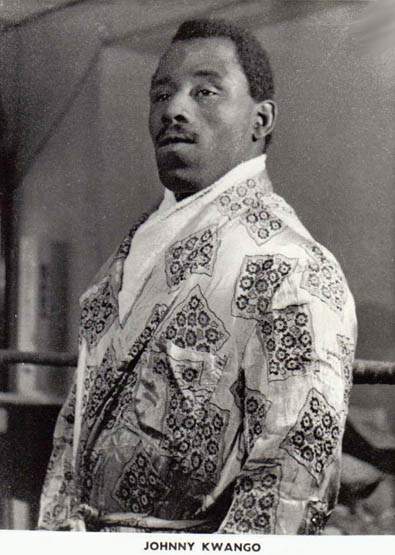 Unknown to his millions of fans, Johnny wrestled into his 60s but finally called it a day in the early 1980s.  However, despite retiring from active competition Johnny remained in the wrestling business and was occasionally seen as a referee keeping law and order in the ring.

Johnny Kwango passed away on the 19th January 1994 aged 73 years of age and although he is sadly missed by his fellow professionals and his fans throughout the UK his legacy lives on and we feel he more than deserves this lasting tribute by inducting him into the Hall of Fame.