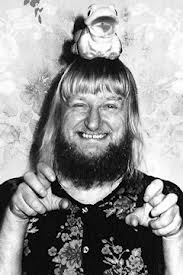 Gary Cooper was born in Hexthorpe, Doncaster and from an early age caught the professional wrestling bug.  Gary, who later took the name that he was most famous for, Catweazle, was named after a famous television character at the time.  With long scraggly hair and beard and wearing a sackcloth to the ring which he would carefully fold up and then throw it over the corner post so it ended up in a heap on the floor,  Gary looked far from a professional wrestler but from the first bell it was action all the way with a lot of comedic elements thrown in as well. 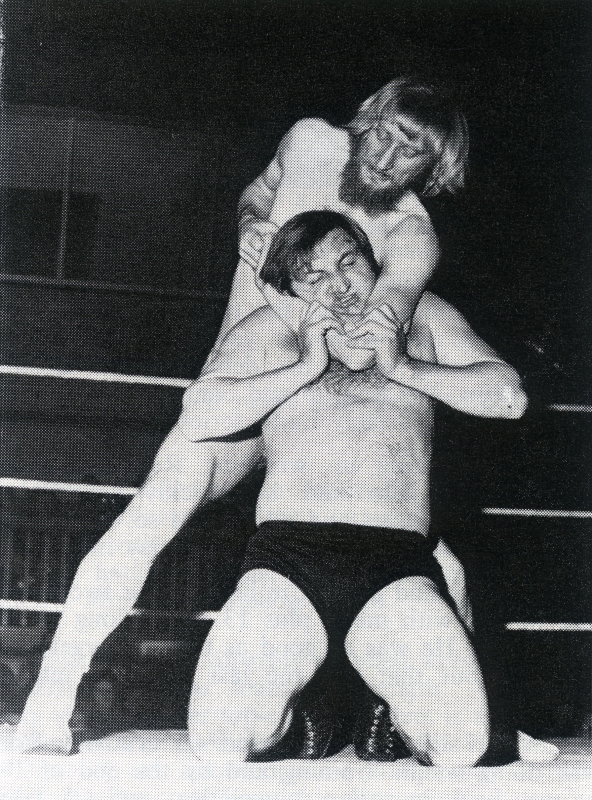 (A young Gary Cooper in action)

Gary initially started wrestling for independent promoters whilst having a full time job on the railways, this was something that was to be a great aid to him as whilst other wrestlers had to pay to travel from town to town Gary had the luxury of free train travel, something that he took full advantage of. In his early days Gary did not show a lot of the comedy that was later to be his trademark but was a sound technical wrestler with a modicum of success against the stars of the day. 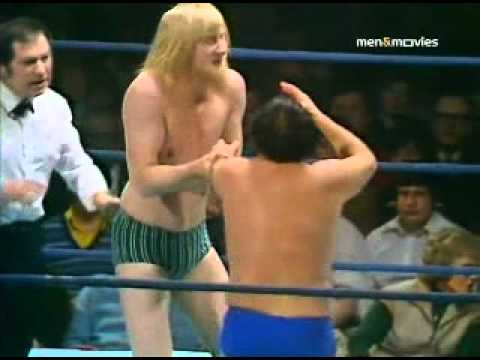 (Catweazle in action against Mick McManus)

With Gary proving to all that he was capable of being a star in the wrestling business his good friend Al Marshall suggested that he take the next step up by working for the biggest promoters in the country and suggested that Garry contact Joint Promotions.  Much to Garys delight his letter was received by George Relwyskow and he was soon offered a trial in Scotland.  It was at this time time that the name Catweazle was first chanted by the crowd as Gary showed an uncanny resemblance to Geoffrey Bayldon, the actor who played Catweazle in the television series.  Gary, picking up on the crowd reaction thereafter referred to himself as Catweazle and even brought a plastic frog to the ringside with him whch would sit on the corner post during his matches.

Gary soon became a household name thanks to his regular appearances on itvs World of Sport and soon became the clown prince of professional wrestling with his huge fan following.  Whilst his opponents tried to impress the fans with their skill and technical wrestling ability, Gary would always make them laugh, whether it be by the funny faces he pulled, tickling them or on many occasion his false teeth shooting out of his mouth across the ring.   Garys comedic genius in the ring would often drive his opponents to distraction allowing him to take full advantage and in many cases win the bout. 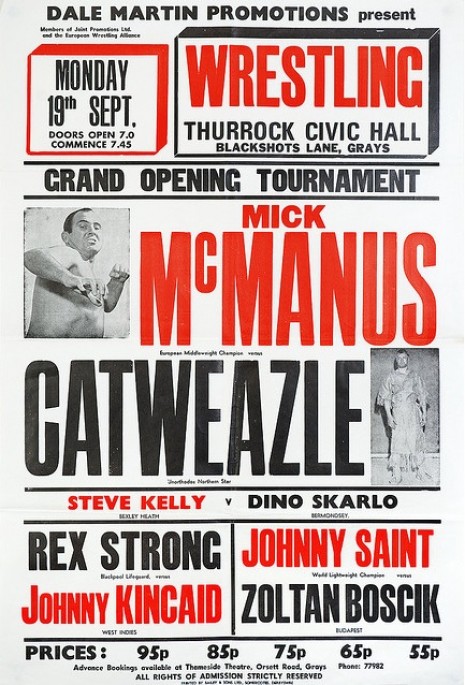 During the 1970s and 1980s Gary was one of the most recognisable faces in british wrestling and his name is still remembered fondly by many today.   Whilst Gary never won titles he wrestled many of the huge names of professional wrestling and was the man chosen to wrestle the late Mick McManus when he had his last televised match in 1982. 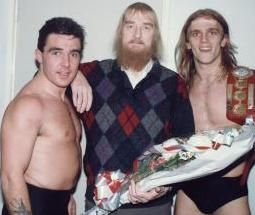 Gary had a successful 22 year career in the ring and all wrestling fans were deeply saddened with his untimely death in 1993 as a result of cancer.

Garys legacy to wrestling will always live on and if it were not for him then the British Wrestlers Reunion may very well not be in existence today.  As a result of  Garys death the Reunion was set up in his honour and some 22 years later we are now the second biggest Reunion in the World.

Garys involvement in the wrestling business will always be remembered and he more than deserves his entry into the Hall of Fame.