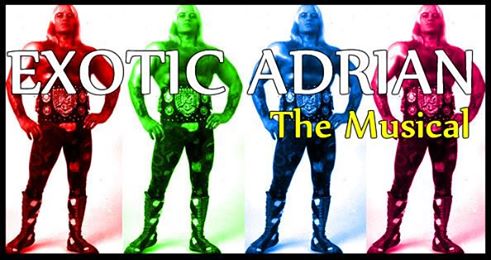 (Exotic Adrian - The Musical is on its way)

He had one of the most successful wrestling careers ever known and was a huge star around the world known for his flamboyant style, he is a best selling author having written six books all of which have received rave reviews from its readers and now Adrian Street is once again putting pen to paper as he co writes 'Exotic Adrian  -  The Musical'

The production is in its early stages although the rate that the Exotic One can write a book it will no doubt be sooner rather than later that this production will be ready to hit the stage and we have no doubt that just like his wrestling and book writing career this will be another great success for the Street family.

(Karen Struel White, a leading name in production who will be working on the Musical)

The Musical is being produced by Karen Struel White who has worked on some of this countries biggest shows this year including Norma Jean, The Musical, No Second Bite, The Wag and the aptly named My Wife Fell in Love with a Life Size Cardboard Cut Out of Ronan Keating. Karen is a leading name in stage production and is certain to do a first class job in the production of Exotic Adrian  - The Musical.

As many of you know we here at the Reunion are in regular contact with Ada and Linda from their beautiful home in the States and he has promised to keep us updated on the progress of the Musical and we will of course bring these to you as and when we receive them.

We wish Adrian all the best with his latest venture and very much look forward to seeing the final production. 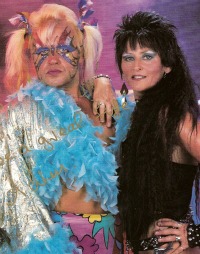 (Ada and Miss Linda have another hit on their hands)