Assirati....The Greatest of them all ?

I have enclosed photographs of Bert Assirati`s winning wrestling cups which I have been restoring, which have been loaned to me by Bert`s half sister`s daughter Mrs Anita Cooper, so I may use them to gain further information about his long wrestling career. Sadly when Marjorie died they were located, they were in a dreaded state, dented, silver plate all worn off, handles missing, wooden plinths cracked etc...

There is a fifth cup which was won in Bombay India in 1953 and was presented to him by His Highness Sir Hain Singh Maharajah of Kashmir & Jamu after winning the heavyweight tournament which is being re-polished at the time of writing.

These show the great legacy which was left behind by England`s greatest ever wrestler.

The ashes of both Bert Assirati and Marjorie Assirati were scattered in the gardens at 'The Bridges'  at the request of the Family as Bert wanted to rest near the Fraternity of wrestlers forever. 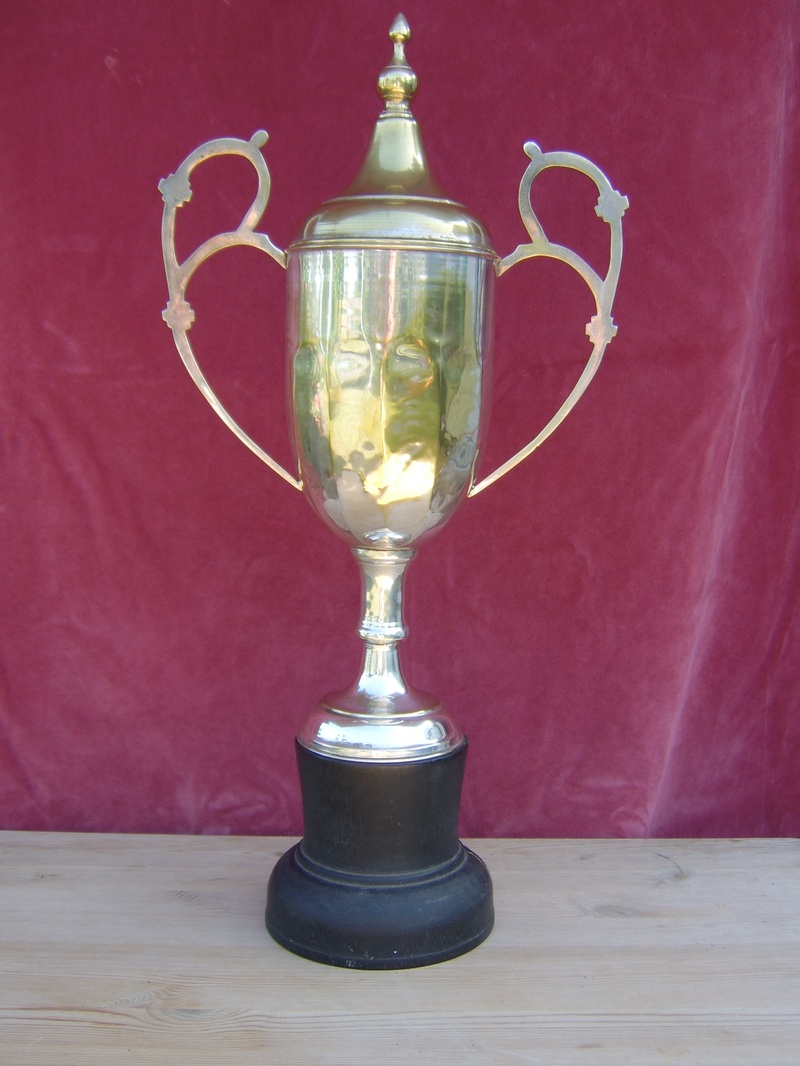 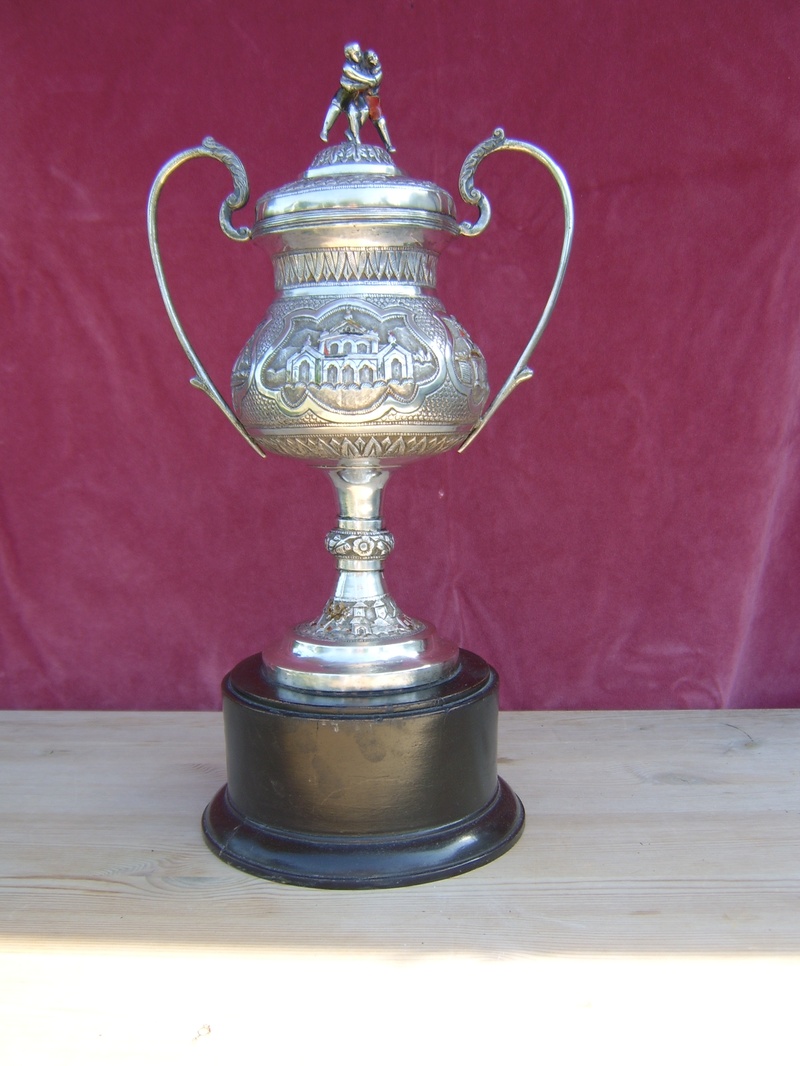 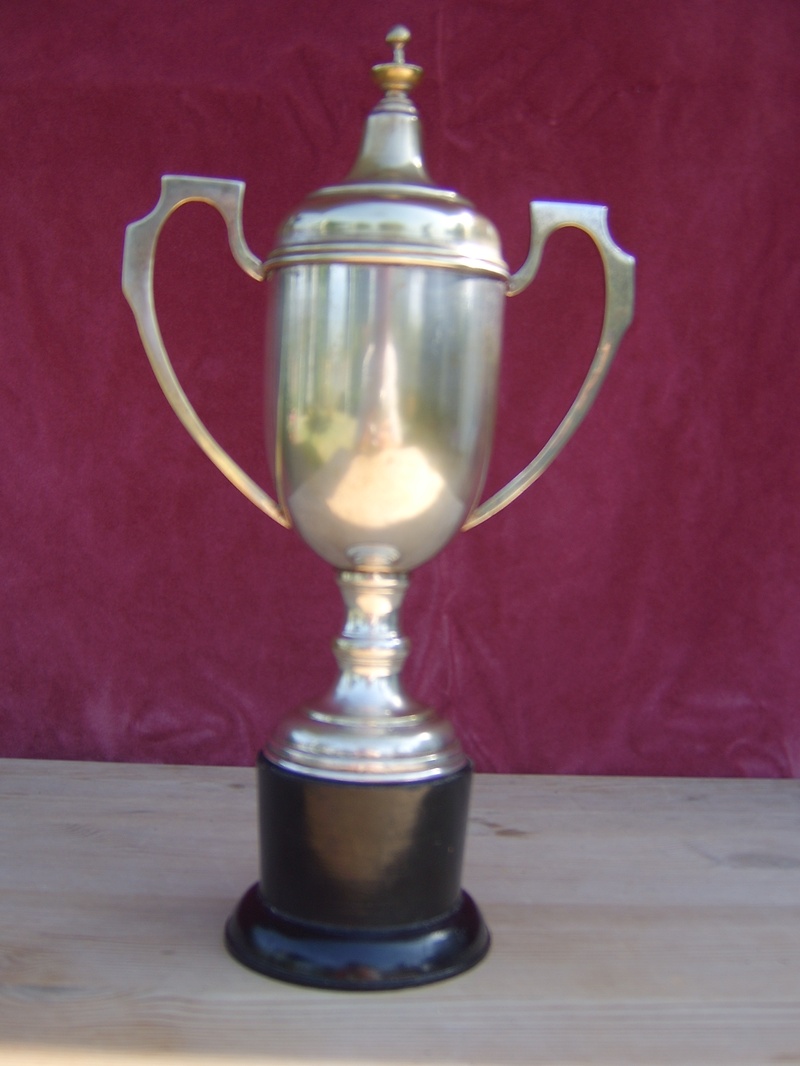 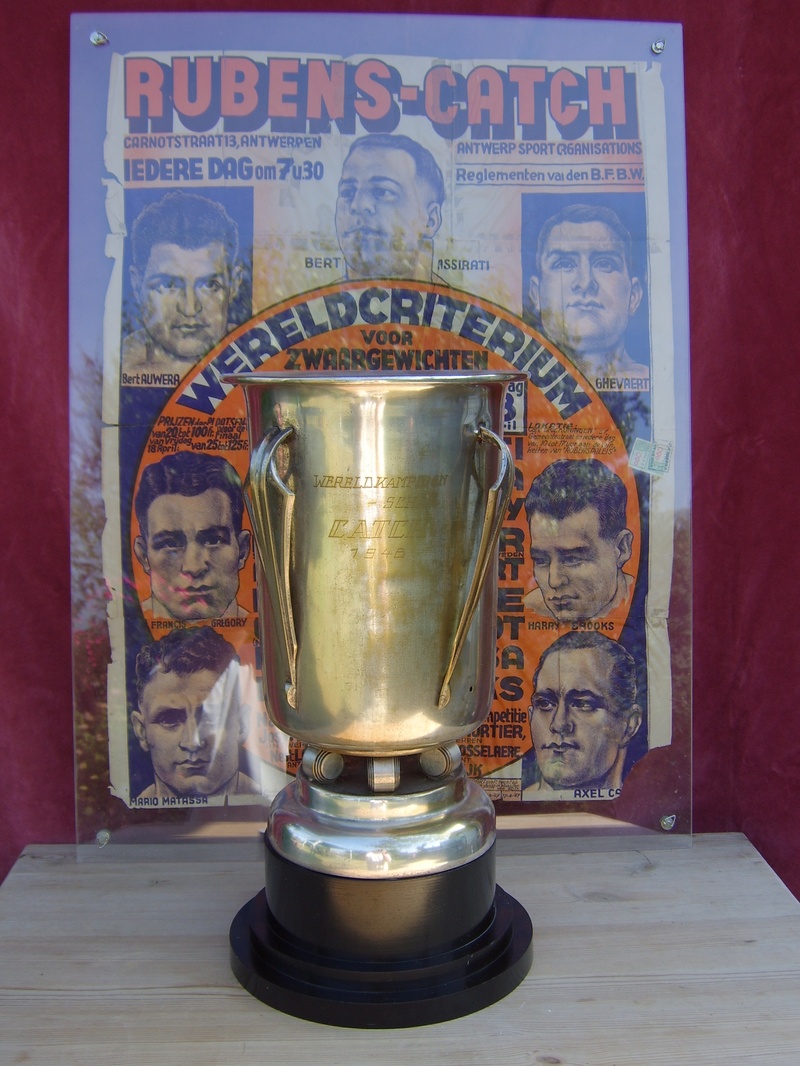