Sensational grappler form the Midlands and author of  'Two falls, two submissions or a knockout. This great athlete worked on the main circuits for many years
and once tagged with PETE ROBERTS as the Judokas. Tributes have been received from many of the boys including BILLY ROBINSON from his home
in Arkansas USA, DENNIS LORD ,COLIN JOYNSON and JON RITCHIE.

Sorry to hear about Al, we had some good times together Billy Robinson. 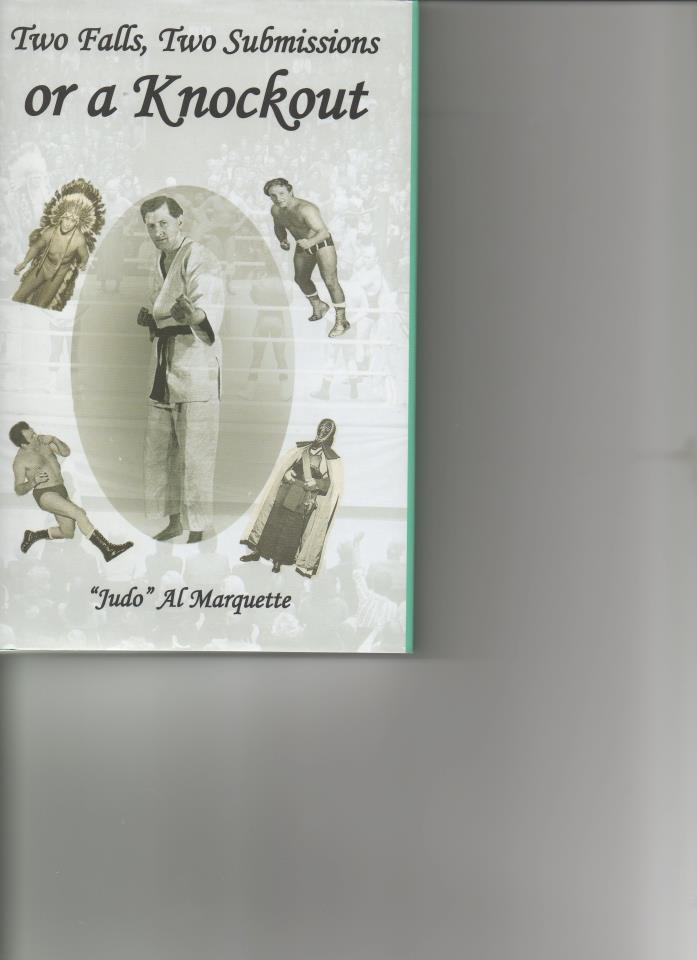 In a sporting world where many are different but few, if any, are unique, Judo Al Marquette came just about as close to unique as is possible.

Alf, the first to admit that he enjoyed a bit of a fight as a child, became interested in wrestling when he watched it at the Ardwick Stadium in Manchester.

of Jack Pye, Man Mountain Benny and Bert Assirati.  Alf was a man who loved his wrestling and all his life was defiantly protective of the good name of the sport.

His entry to wrestling came via an interest in martial arts, Alf being a judo instructor for Stockport Education Authority.

Working for the independent promoters Alf's  style, a mixture of judo, wrestling and humour was an immediate hit with fans.

Few described as unique deserve the accolade, but in Alf's case it was true. His humour in the ring was no knockabout style but mirth created by the intelligence and complexity of his moves, the tying his opponents arms in a knot being a speciality.

Steve Logan at the Royal Albert Hall and achieved nationwide popularity  through his numerous television appearances.

in charity sporting events. He retired from wrestling in 1977, devoting his time to golf,  collecting his memories together

in his autobiography, "Two Falls, Two Submissions or A Knockout,"  and enjoying a comfortable retirement with his wife, Pat, in their Stockport bungalow.