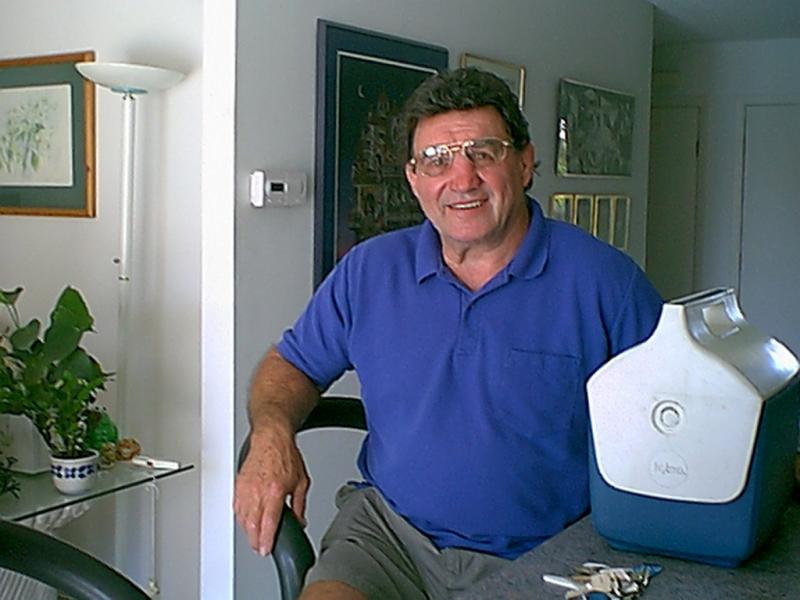 Born Tony Charles Scott in 1935 to parents Doug and Molly and raised in Bute Street,Treorchy, in the beautiful Rhondda Valley, Wales, the would be wrestling legend initially suffered from chronic asthma and took up the then popular Charles Atlas bodybuilding course, which used isometric tension as the main ingredient, to increase his lung capacity.

Whilst still at School,his parents moved to Bristol looking for work, leaving the youngster with his Grandmother. Tony's athletic qualities soon  became apparent and he took up gymnastics, athletics and rugby, representing Rhondda valley Schools at all three, which served to enhance his now muscular physique.

On completing his education at Pentre Secondary School, he joined his folks in Bristol, in 1951,where the real story began, he eventually joined the Bristol Youth Club programme by enrolling for amateur wrestling  and judo lessons.

Within three weeks, he had his first bout, being pinned twice within 50 seconds  of each round ! Undeterred however , Tony persevered over the next few years at the age of eighteen was Eastern, Western, and Midlands areas Champion. He also fought for the British welterweight title four times, winning a bronze medal. Interrupted by a stint in the RAF following call up, he continued his training on demob, and in 1958 at 23 years old, the young gladiator represented his beloved home Country : Wales in the Empire Games at Cardiff stadium, also winning a bronze medal.It was at this prestigious event that he met and befriended Howard Winstone, a boxer who was competing and who would become a lifelong pal as well as legendary fighter. 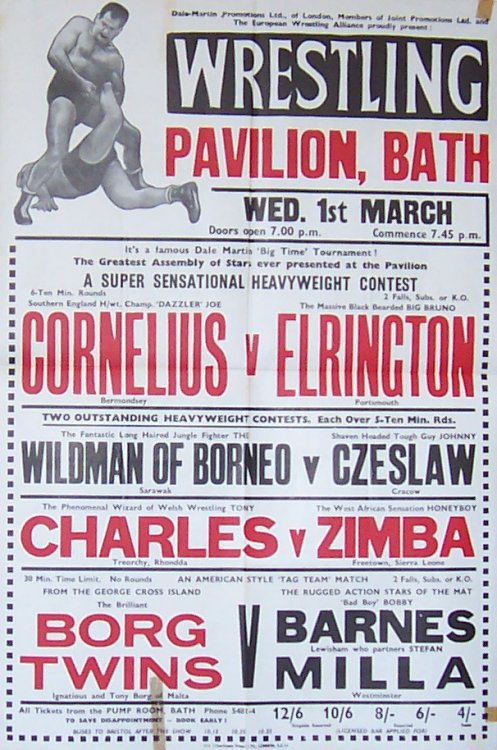 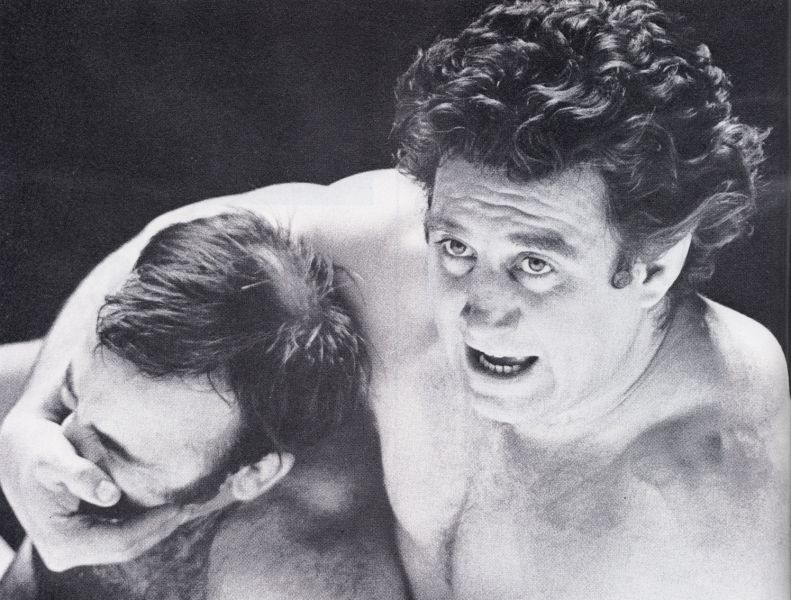 During the same year, the master grappler turned Professional under the name of TONY CHARLES where his speed and skill soon took the welterweight into the top division. he faced legends such as George Kidd, Mick McManus, Al Miquet plus many more and everyone who met the Welshman, agreed that he was destined for great glory, and on one occasion he held the late great Jack Dempsey to a 15 round draw for the British Welterweight Championship. His reputation continued to grow as did his physique training , doing upwards of an incredible 200 push-ups at once followed by Indian club swinging which became a life long love, continuing throughout his seventies.  Tony's weight took him into the middleweight Division, where he took on men such as Bert Royal, whom he considered to be one of the greatest exponents in the ring, then on upwards into the Light heavyweight ranks against his favourite opponent : Clayton Thompson, and with whom he had some of the most exciting bouts on record, earning countless standing ovations from appreciative audiences. He fought a terrific contest against the formidable Mike Marino  for the British heavyweight title yet again being held to a draw, but attracting a ten minute standing ovation including one from Marino himself. Billy Joyce revered as one of the toughest shoot wrestlers ever to come out of the North, likened Charles to a wrestling machine that he had the greatest respect and liking for. 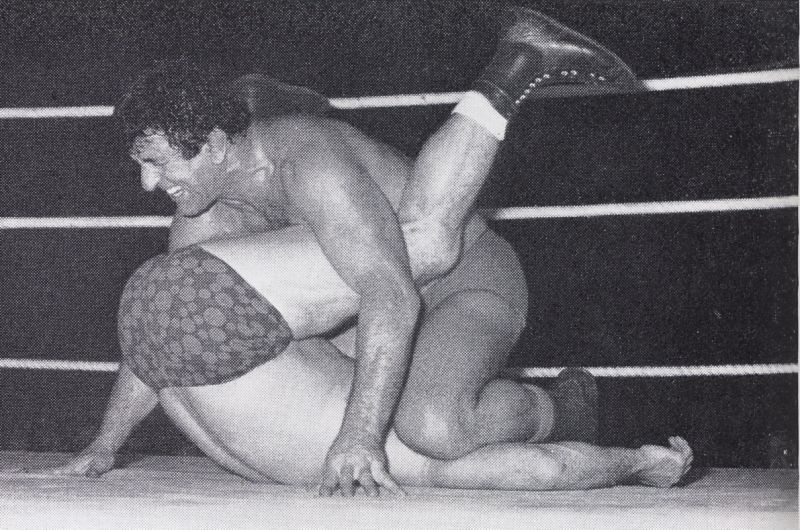 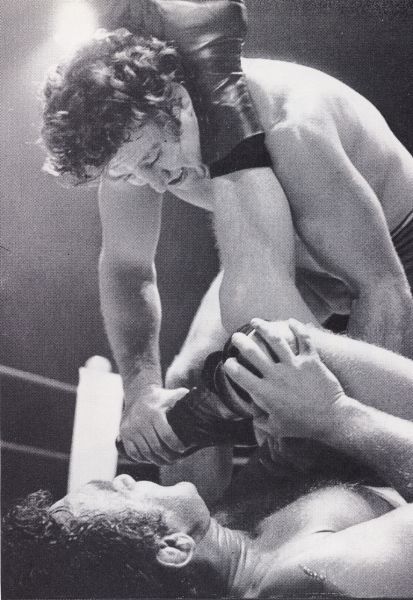 Alongside his solo career, Tony Charles would often team up with fellow Welshman Adrian Street and appear as the 'Welsh Wizards', much to the delight of fans, but as Ada's own reputation was increasing rapidly, his alter ego as a bad guy, belied the clean cut image that he depicted with Charles and so the pair split up for Street to turn to 'Bad boy' Bobby Barnes which suited his new found image. Tony meanwhile, then joined forces with Clayton Thompson making the perfect pure wrestling duo. Adrian meanwhile, privately  remained friends and their close association lasted until Tony's premature death , a fact that has devastated both Adrian and Linda Street. 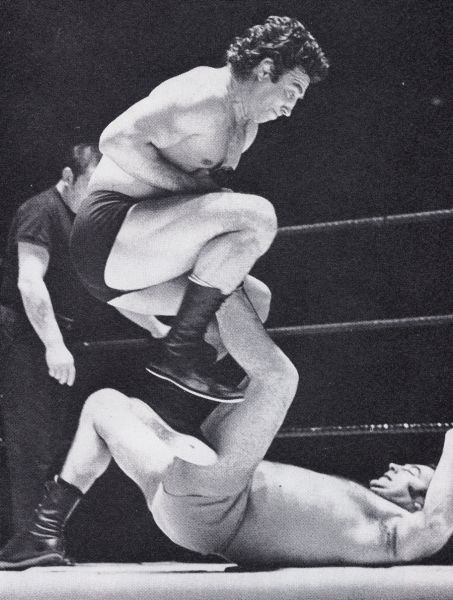 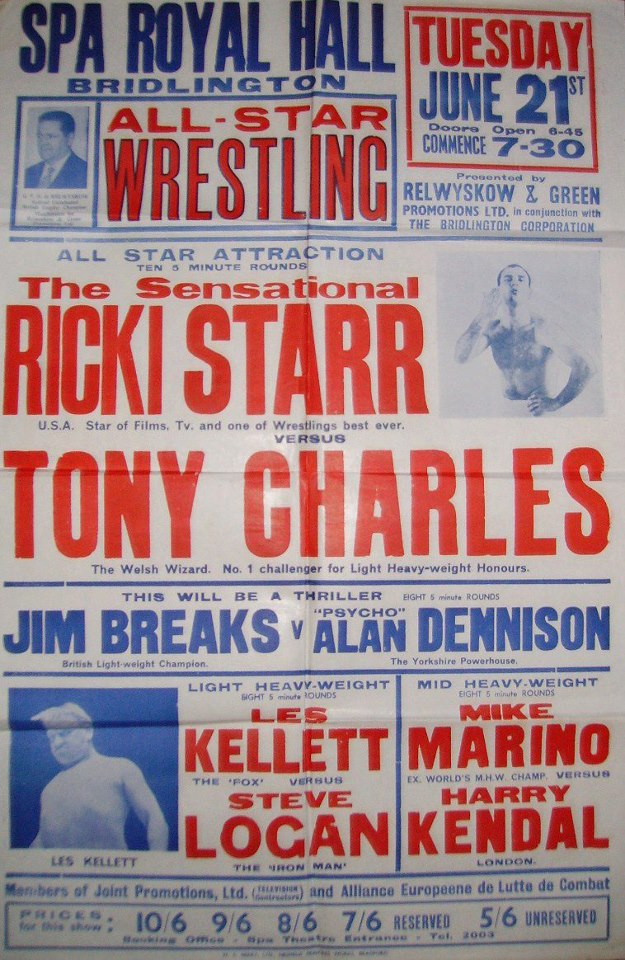 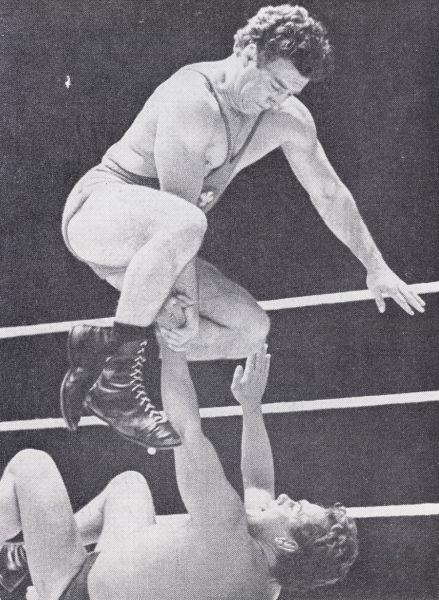 Through the 60's and 70's Charles became a household name touring around every venue in Geat Britain, and was also a firm favourite with TV audiences, appearing in excess of 70 times against every big name from every weight division that existed. That record has never been beaten, even by stars such as Big Daddy, Mick McManus, Jackie TV Pallo , Giant Haystacks or even Les Kellett. 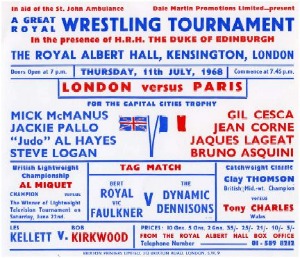 The lucrative Continental market also beckoned and the star soon began his International career by touring France, Belgium, Europe, India, Japan in 1968 and eventually the USA  in 1972, which was to become his home for the rest of his career and his life. During this period, he partnered Len Rossi and  he was joined by fellow British legends like Billy Robinson, Geoff Portz, Wayne Bridges, plus many more and they all became close associates and pals while in the States, where he appeared many times against them, earning a whole new generation and army of fans as one of the cleanest and skilful wrestlers in the world. His amazing dropkick was a sight to behold and held audiences spell bound, jumping deliriously to their feet when he delivered the lethal kick.  By now,his physique was tremendously developed  at little over fourteen stone, as was his  body strength, allowing him to wrestle any size opponent, even taking on the gigantic former boxer Primo Carnera, whom you may remember from the movie : 'Kid for Two Farthings' starring Diana Dors and Mighty Joe Robinson. Although considered by his peers to be a pussycat to work with, Tony was no pushover and could handle any situation. Former World Heavyweight Champion,Wayne Bridges recalls that on one occasion in Japan, Charles Verhuist who  was a great shooter, tried to take liberties in the ring during a tour in the 70's but our  Tony merely wrapped him up in knots giving him nothing. Back in the dressing room, Verhuist complained bitterly that Charles was very stiff, to which Tony coolly replied 'Never mind Charles, tomorrow, we can work if you want ! '

In 1973, he first worked in Florida, booked by Eddie Graham as a technical wrestler against Les Thornton, against whom he had some amazing skilfully crafted bouts and with whom he would later tag in matches against Robinson and Co. In latter years, Charles would often also be known as 'The Checkmate' as part of Devastation Inc. 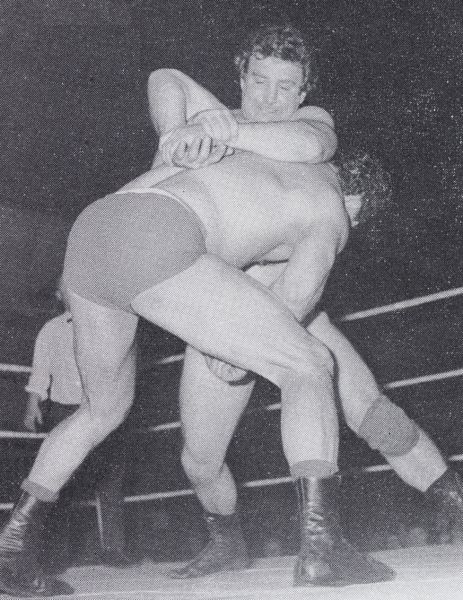 Following the increasing demand for his services in America, Tony took his family : wife Pamela, and  children Kim, Susan and Anthony to Florida, where he settled into the new life that would become his main love until his recent demise.The family bought a property in Pensacola where Adrian Street and Linda were also to settle 20 miles away,on the Gulf of Mexico  known as Gulf Breeze and despite losing his home to a Hurricane, forcing the family to move into a mobile home temporarily whilst his own was rebuilt, never lost his love of the scenic beauty from that area.

Master shooter : Karl Gotch with whom he had toured Japan and pulled with many times outside the pro ring, became a buddy and near neighbour and the two would train into their late life. Gotch who was virtually unbeatable as a shoot wrestler, able to take a submission on every three inches of the body, likened Tony Charles to the epitome of the most perfect wrestler that he had ever met.  That was some testimony to the Welsh fighter. 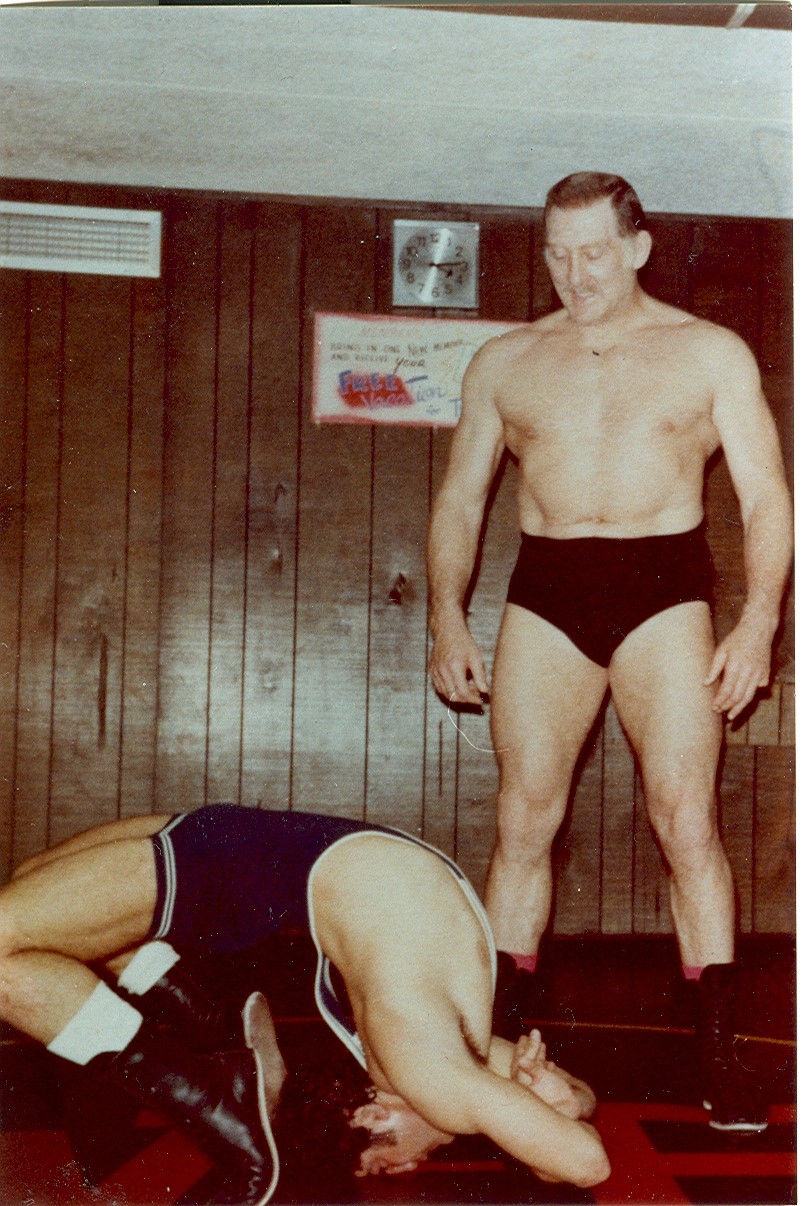 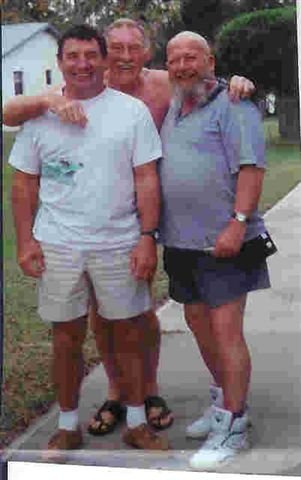 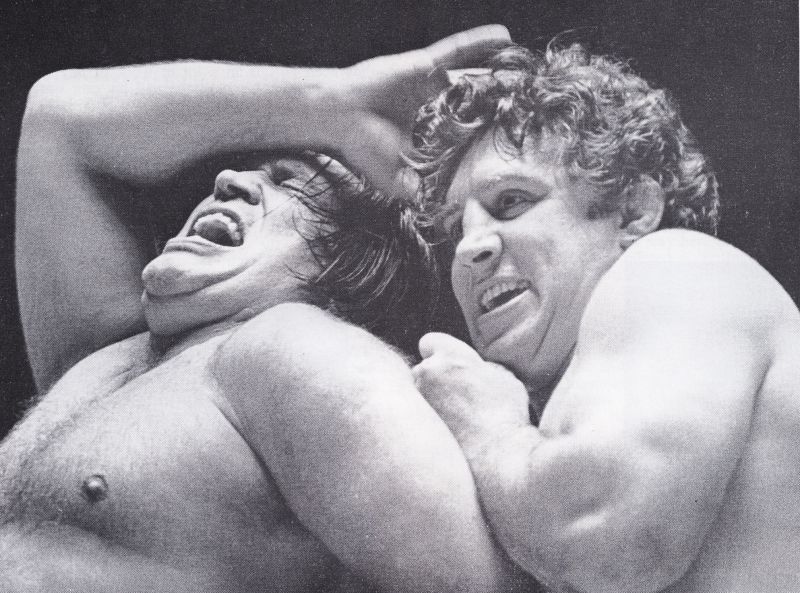 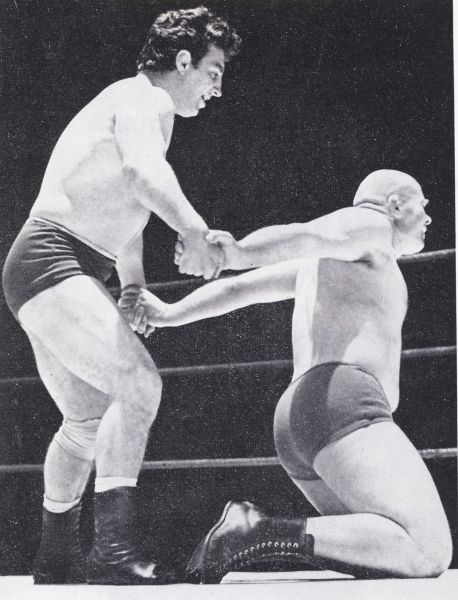 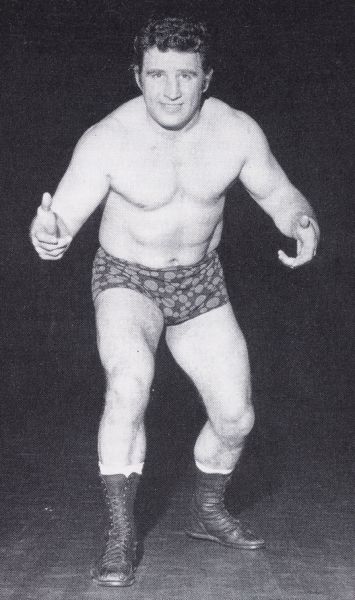 Once established in the American wrestling scene, Tony soon beat most opponents to take many titles including NWA World heavyweight Jnr. Championship and other various top title belts, these being as follows:-

He finally quit wrestling in 1984 to live the quiet life, spending many years, soaking up the sun and enjoying the fruits of his labour surrounded by his devoted family and friends, one of which was the Exotic Adrian Street, as the following photos show these two certainly were the best of friends:- 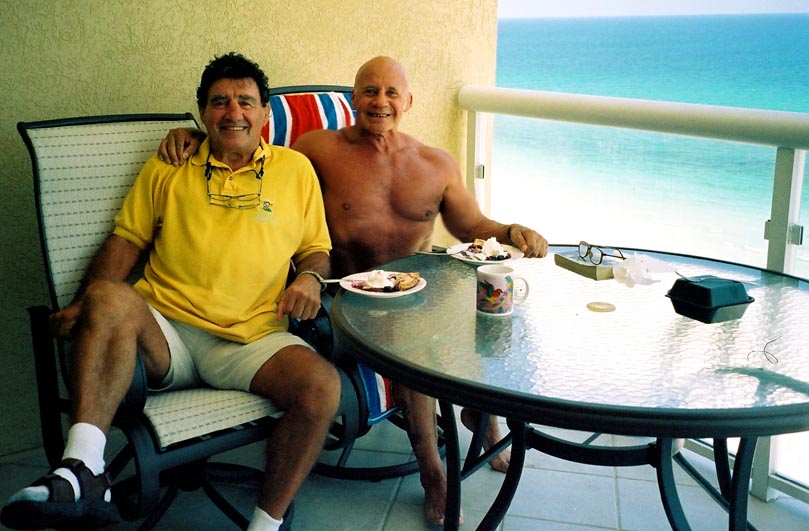 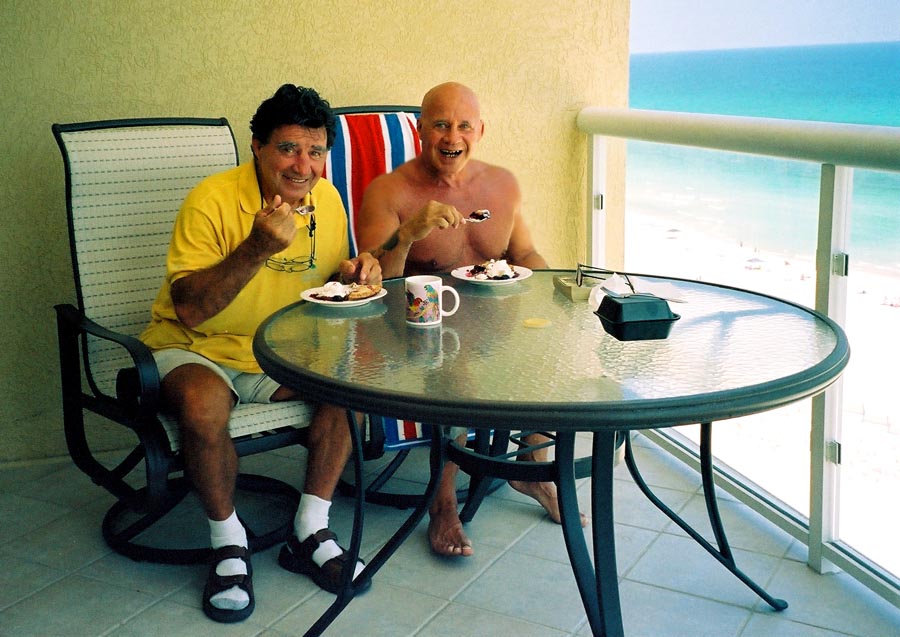 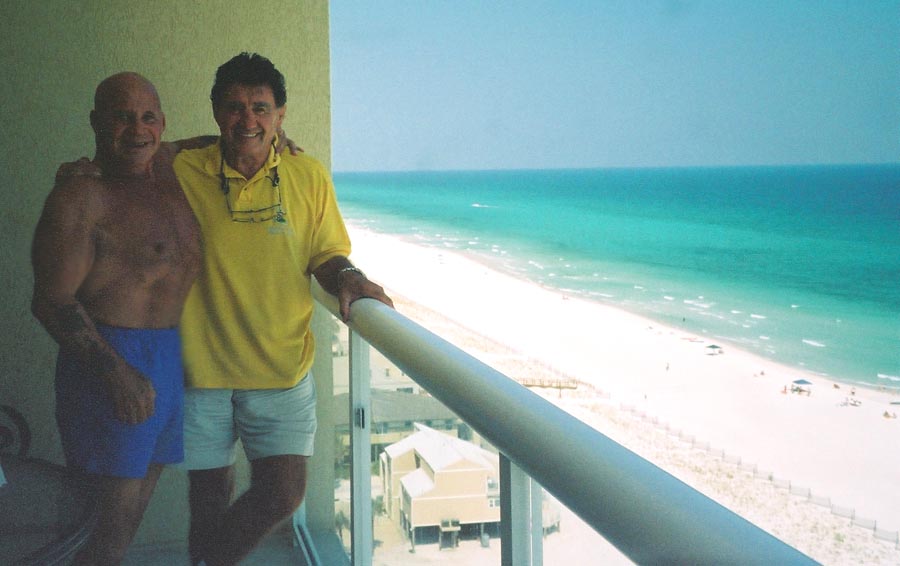 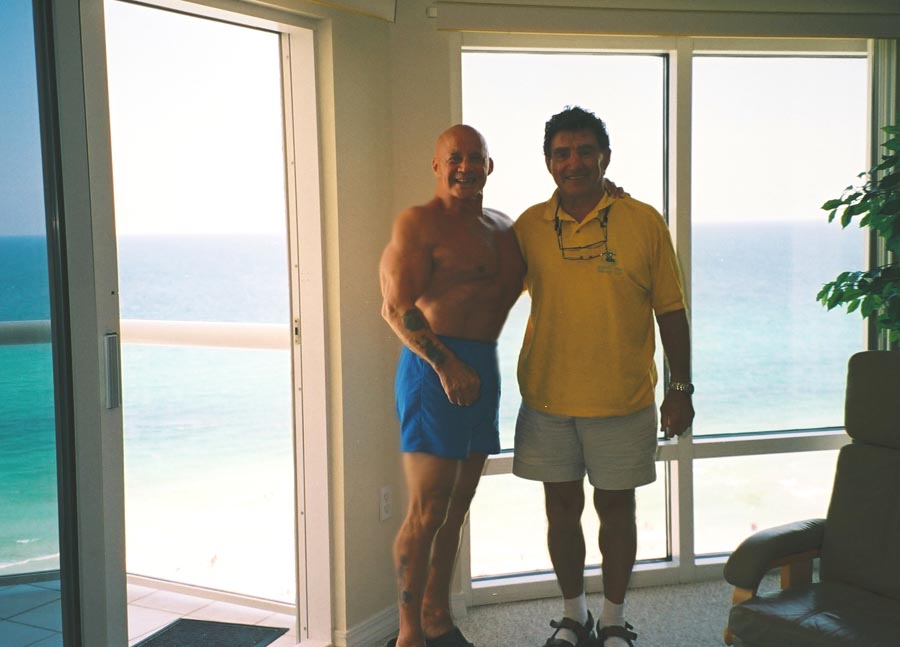 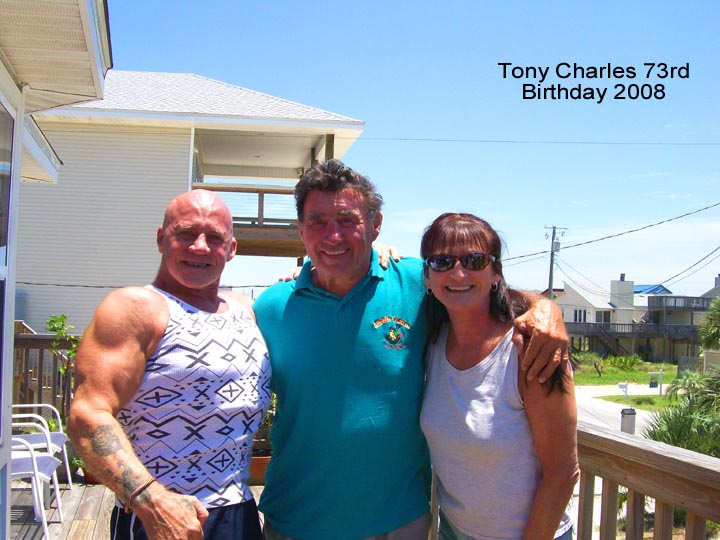 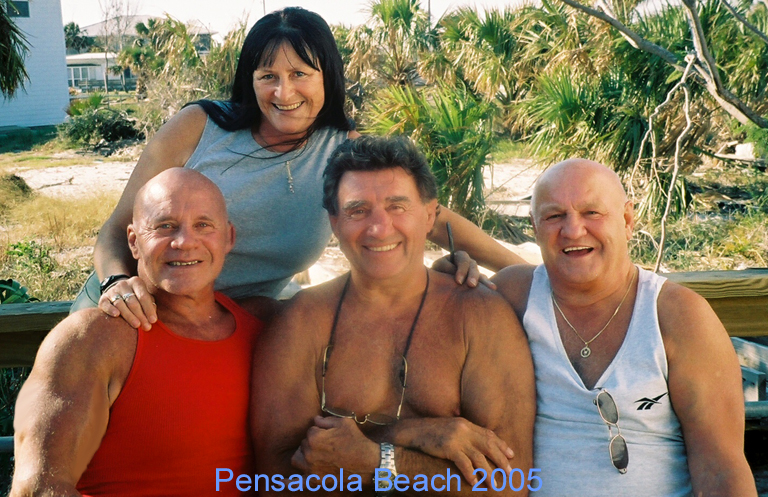 ( Still fit in 2005,having  fun and laughter with  Adrian /Linda Street and  Tony Scarlo)

Sadly, the effects of Alzeimers were becoming more apparent during recent years and on one occasion Adrian Street who was an inseparable friend, with Tony's daughter even being book keeper for Adrian and Linda's Business matters, was reminiscing at a wrestling match about the old days where they were honouring Street, and Tony didn't even know that he had been a wrestler, let alone one of the greatest Legends that ever lived !

He died peacefully with his family at his bedside, on the 13th February 2015, putting the worlds wrestling family into mourning at the loss of the third legend in as many months.

Listed below are a selection of tributes taken from facebook:-

Adam Crawley Hi Frank Sad to here of another great person taken so early by this cruel disease.
February 14 at 5:46pm · Like · 1

Tony Charles was a great athlete, a great wrestler both Amateur and Professional, a credit to himself, his Family, his homeland Wales, his adopted Country the U.S.A. and the World of wrestling.

Aptly described by all as :- The perfect wrestler and the perfect gentleman.