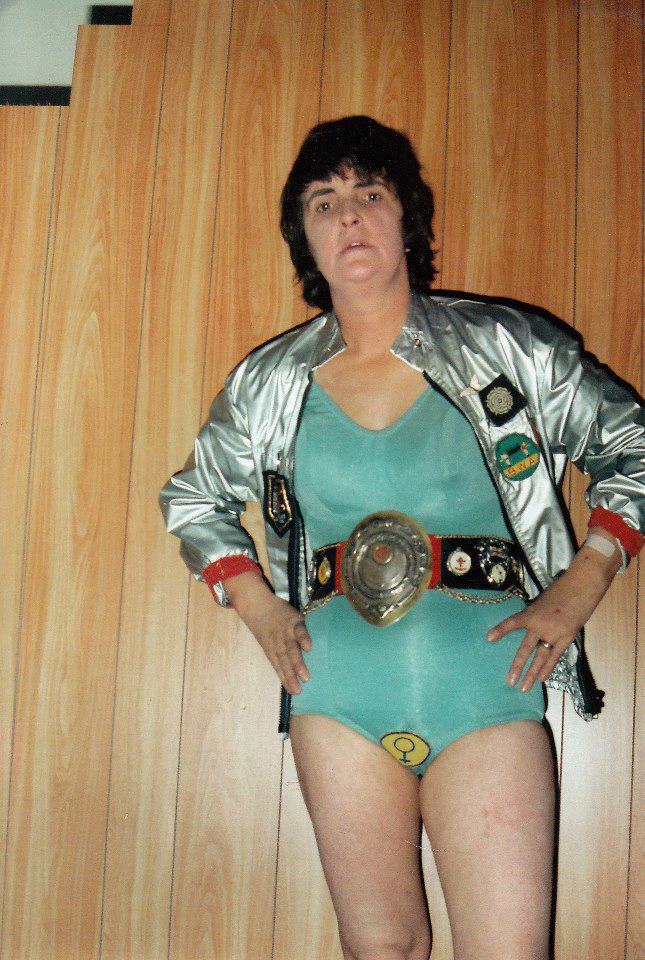 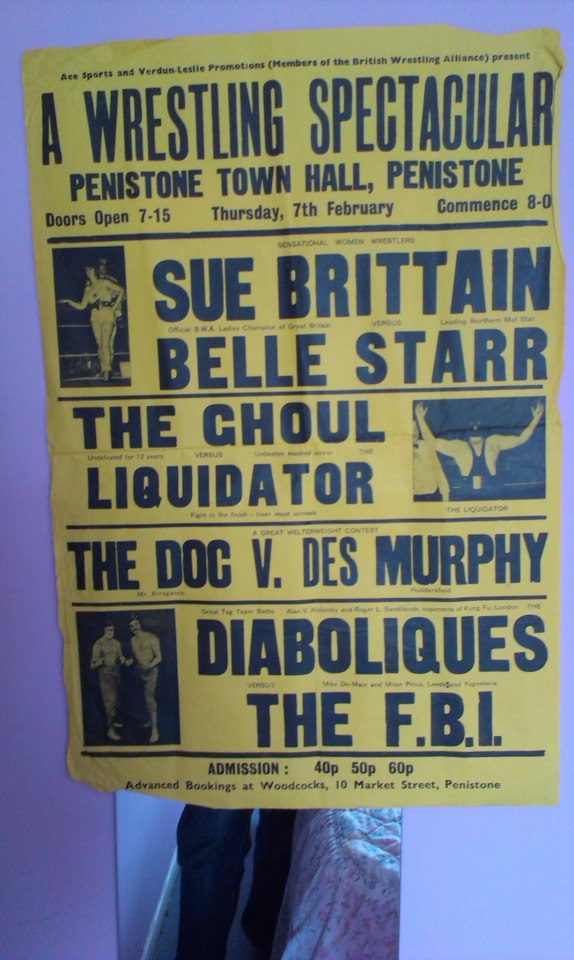 Marj was truly an exceptional  lady. The first female wrestler  to compete in a Woman's Wrestling Bout in Wimbledon, for VERDUN LESLIE PROMOTIONS part of the  the London area, having successfully taken the GLC to court in conjunction with  Promoter/Wrestler JUDO AL HOLLAMBY in order to challenge the outdated 'no women or dwarf wrestlers' ruling.  Once the rule was overturned the floodgates opened for our many female stars like MITZI MUELLER, LOLITA LOREN, HELLCAT HEGARTY  and the one and only KLONDYKE KATE  to appear in front of their many excited fans within the London cachement area. Sadly, the ruling was challenged again and the original ban put back in place and it wasn't until years later that they relaxed once more.

Marj who was taken ill recently, passed away today after a few day in intensive care. She  leaves devoted  husband Ron, himself a prominent Promoter, with whom our prayers and thoughts are with today.

The couple lived in Pudsey, Leeds. 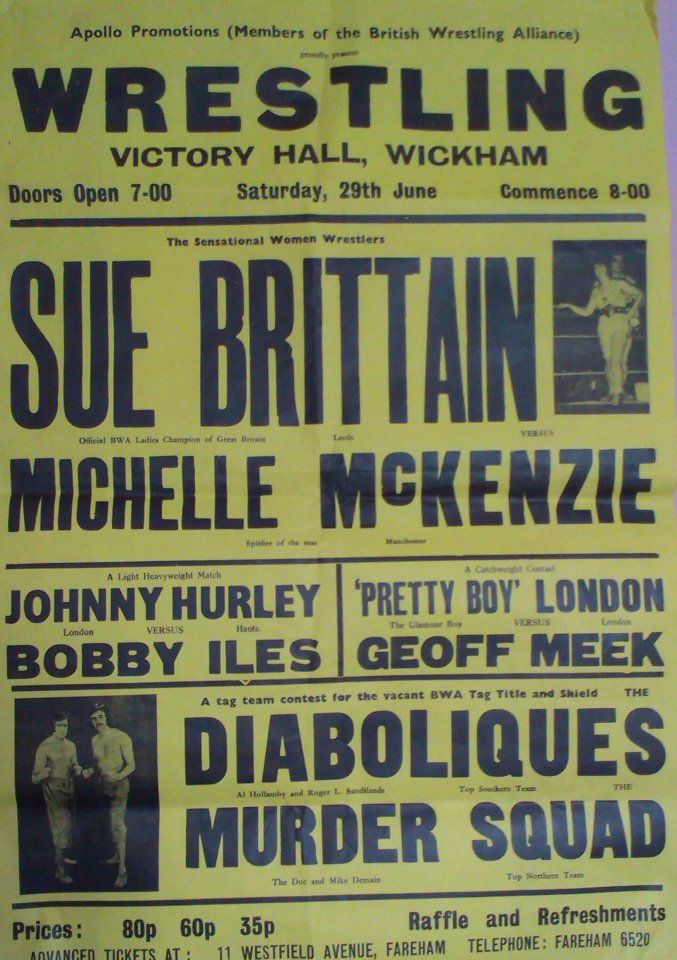 This year the Reunion will honour Sue with a posthumous award for her wrestling ability and also her courageous fight to bring women's wrestling to the fans, and who more suitable to accept that accolade than AL HOLLAMBY himself.

Many tributes have been received from AL HOLLAMBY, IAN DOWLAND, AL MARSHALL KEITH MYATT and many more friends of the very popular lady grappler.

SUE BRITTAIN will now take her place in the dressing room in the sly where she will join her wrestling colleagues  in perpetual rest and peace. 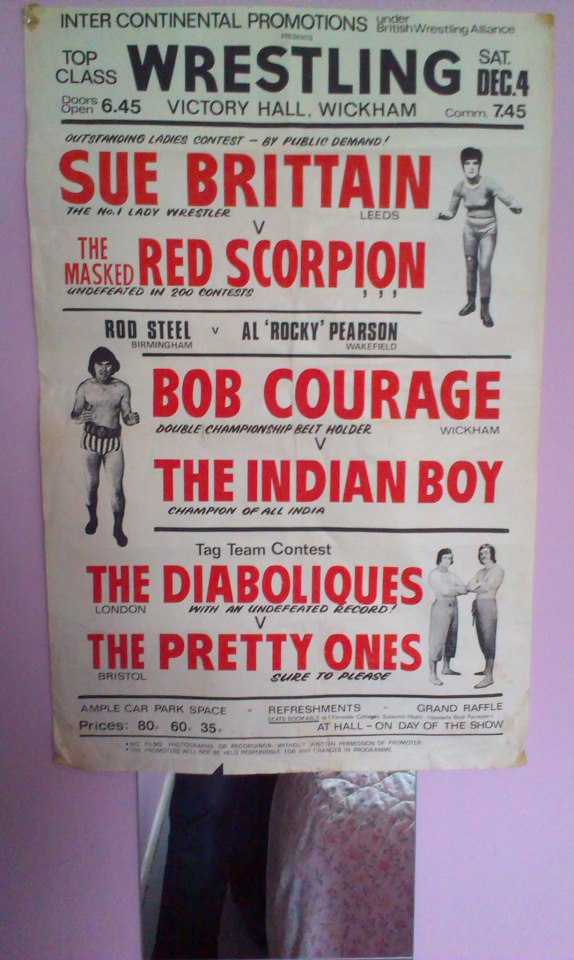 Lifetime friend and former wrestling colleague : HAROLD WELLER of ACTION PROMOTIONS has sent us this tribute and asked inclusion in the obituary, which we are honoured to do.

Sad to report the passing of MARJORIE FARRAR who as Sue Brittain was one of the true pioneers of female Wrestling in the UK
Together with Hubby RON,  they formed and ran the BWA  ( British Wrestling Alliance ) during the 1960`s and 70`s
Marje was recognized as one of the first noted female wrestlers in the UK  She successfully took London Council to court forcing them to
reverse a Ban on allowing Women to wrestle in the Capital.
Ron and Marje gave me my first chance to become a Promoter back in 1977 and with their great help support and kindness Action Promotions
were on the map the following year.
We have remained great friends over the years and my heartfelt sympathy goes out to Ron and family at this sad time.
Harold Weller
Action Promotions 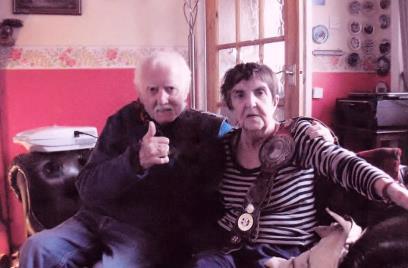 We have been informed by IAN DOWLAND : former Promoter and friend of the deceased, that

Various Northern wrestlers plus IAN DOWLAND,  are expected to attend and an invitation has been issued to anyone wishing to pay their respects