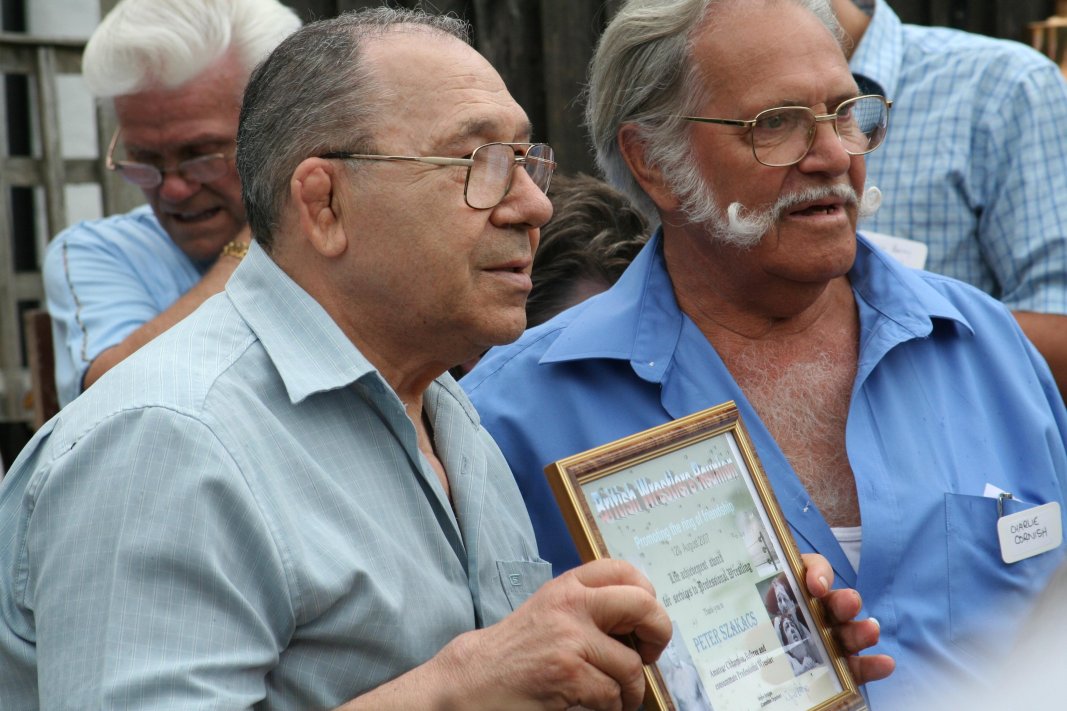 Jeno Szakacs was born in Budapest, Hungary  on the 24th March 1930, one of five children. He had two elder Brothers, one being the legendary Tibor who died in 1980 and Andrew who lived in France but died in the 70’s.,  plus two younger Sisters Eva who has since passed together with surviving Sister Kati who still lives in Hungary.  He excelled at academic subjects in school and also took a keen interest in football ( his second love outside wrestling), boxing, swimming, athletics and anything sporty.

During these early years, he moved with the Family to Szatmarnetdi in Transylvania, and at 12 years old joined his first wrestling club where he honed his awesome skills and learnt his craft diligently. By the end of the Second World War, the boundaries within Translylvania changed bringing the Country inside Romania, with the result that the family moved back to Budapest when Jeno was 15. Here he resumed his wrestling by joining Hungary’s elite Club : The Epitok, and by 1956 had taken the prestigious Budapest Lightweight Title twice and was runner up in the Hungarian National Championships.

Towards the end of the year, Russia had rolled its mighty armed forced into Hungary to suppress the freedom enjoyed by the peoples under President Dubcek. The tanks invaded that Country and the uprising was under way. Dubcek was relegated to a job as a menial road sweeper and the people indoctrinated into Communism. Jeno who had been studying to become a teacher, escaped in December that year and fled to Austria where he joined his Brother Tibor, before fleeing to the United Kingdom. They initially settled in an army  refugee camp  at Tidworth near Worcester. Tibor known to millions as Tibby, was an awesome Amateur wrestler as was his younger Brother and had won the Hungarian National Championships in the Heavyweight Division. He soon moved to Ramsgate, where he jumped the ring at a Show one evening and challenged anyone to fight him. Before long he was established as a firm favourite among wrestling audiences, while Jeno moved to Donnington in Shropshire working in a car factory. However, Jeno wanted to become a Professional like his elder Brother and after a year, moved to London where Tibor introduced him to ace Promoter Jack Dale.

He wrestled his inaugural bout against Jack Cunningham, losing to him by a fall, but that performance ensured a career that was to stretch for over 30 years and give him the status of International superstar. The first item on his agenda was to change his first name to Peter and the Legend was born !

Jack Dale was so impressed with his technical expertise that he employed young Szakacs to teach newcomers along with Mike Marino and many subsequent stars such as Peter Kelly , Tony Scarlo and more owe a considerable debt of gratitude to these two grappling giants. 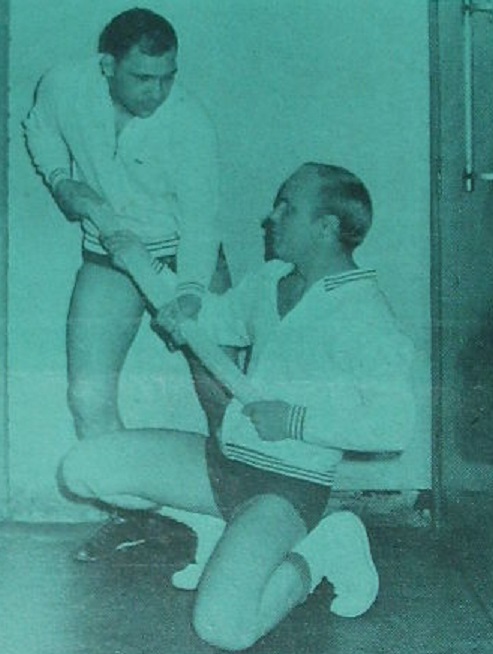 By 1959, he had met and married Zosia the love of his life who was working as a waitress in Soho. The story goes that Zosia told her colleague upon spotting Peter for the first time that she would marry him, not knowing that he was already seeing the other waitress !!   Just 6 months later the couple were wed.In  1964 his beloved only daughter Zosia was born, so named in tribute to his beautiful wife. The Family settled in Brixton near Dale- Martin’s premises at 313 Brixton Road and were soon all ensconced in the wrestling Business.

Within a few years, he had wrestled every lightweight/welterweight and light heavyweight on the rostas  and enjoyed many appearances on TV during the heady World of Sport days. He could mix it with the best, changing styles from technical brilliance to rule bending villainy and outright brawling. Jon Cortez described Peter Szakacs as one of the finest wrestlers that he had ever encountered and one of the most under rated. 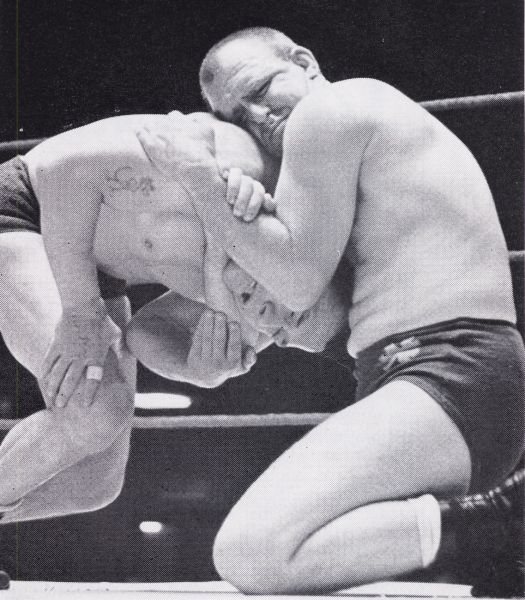 One thing that everyone agreed on, was that away from the ring this unassuming modest charming well -mannered gentleman  of the mat was although serious at first, actually very humorous with a cheeky sense of humour and a twinkle in his eye for mischief.

His love of football continued and he played outside left for the TV Allstars  X1 charity team, along with Wayne Bridges, Banger Walsh, Dave Bond and many other top stars.

Sadly, the mighty indestructible  Tibor was cut down by cancer in 1980 and it was shortly after that Peter hung up his boots to take a new challenge as referee, where yet again he established himself as a firm favourite with audiences. His life long pal and fellow wrestler/referee Reunion President : Joe D’Orazio states that Peter was considered the strictest and fairest referee in the Business , respected by all. Simultaneously, Jack dale offered him a job in Dales offices alongside Mick McManus and Joe D'Orazio and it was here that he was instrumental in exposing the financial fraud that was to rock the giant Company.

Outside of the squared circle Business, Peter became much sought after as a part time actor appearing on may shows and adverts, the most well known being a speaking part in the Guy Ritchie modern classic : SNATCH, where he played the part of the chef to the chief gangster.

(Peter in action against Jon Cortez)

In 2007, the British Wrestlers Reunion awarded the great man a life achievement award for his services to the wrestling Business in recognition of his greatness.

Unfortunately, in 2008, he was to lose his beautiful soul mate Zosia after a wonderful 49 years together, something that he would never recover from and  in 2009 he too was struck down by a stroke so severe that a lesser man would have died. Despite this paralysing blow, with the help and devotion of his Daughter Zosia, he moved into her home in Kent and recovered enough to even walk again with the aid of sticks, visiting the Reunion where his welcome was outstanding, attracting a standing ovation for his immense courage.

Eventually, the family bought a home in the Milton Keynes area in Buckinghamshire, where Peter could live out his remaining years in peace and comfort.

Last month at the age of 85 however, he suffered three strokes in a week and once again found himself paralysed with no movements in his limbs. Such was his strength and determination  however, that he actually got to his feet even though he could not walk.

International star and friend : Johnny Kincaid visited him three times but was extremely distressed  that he was unable to speak with his old chum and the fact that Peter was on oxygen and almost comatose.

Unfortunately, ultimately the fight was just too much for this brave warrior who was given morphine to deaden the discomfort, and all the Family could do was sit quietly beside his bed talking to him and holding his hand, helplessly waiting  for the inevitable conclusion to his life, yet despite all the odds, such was his inner strength that he survived two more weeks before passing away peacefully in his sleep  at 4.40 a.m. last weekend to be reunited with his beloved Zosia ,Brothers Tibor and Andrew, plus Sister Eva for eternity.

Since the announcement of his demise, the tributes have been unbelievable coming from some of the greatest wrestling stars in existence and are reproduced underneath.

The funeral service will be held on Thursday 30th April at 10.30 at St James the Great church in Hanslope. MK19 7LR. Near Milton Keynes and will be a full requiem Mass followed by cremation.

Peter Szakacs was the epitome of the perfect athlete, coupled with the quiet breeding and manners of a gentleman and his like will never be seen again in the wrestling world.

He has now gone to the great dressing room in the sky where many of his peers including Tibor have gone before him. His passing closes the last chapter on the Szakacs wrestling dynasty but his legacy will live on in the annals of wrestling for evermore and all his friends from the wrestling Business feel privileged to have had their lives enhanced by knowing him.

May he R.I.P. with his loved ones. 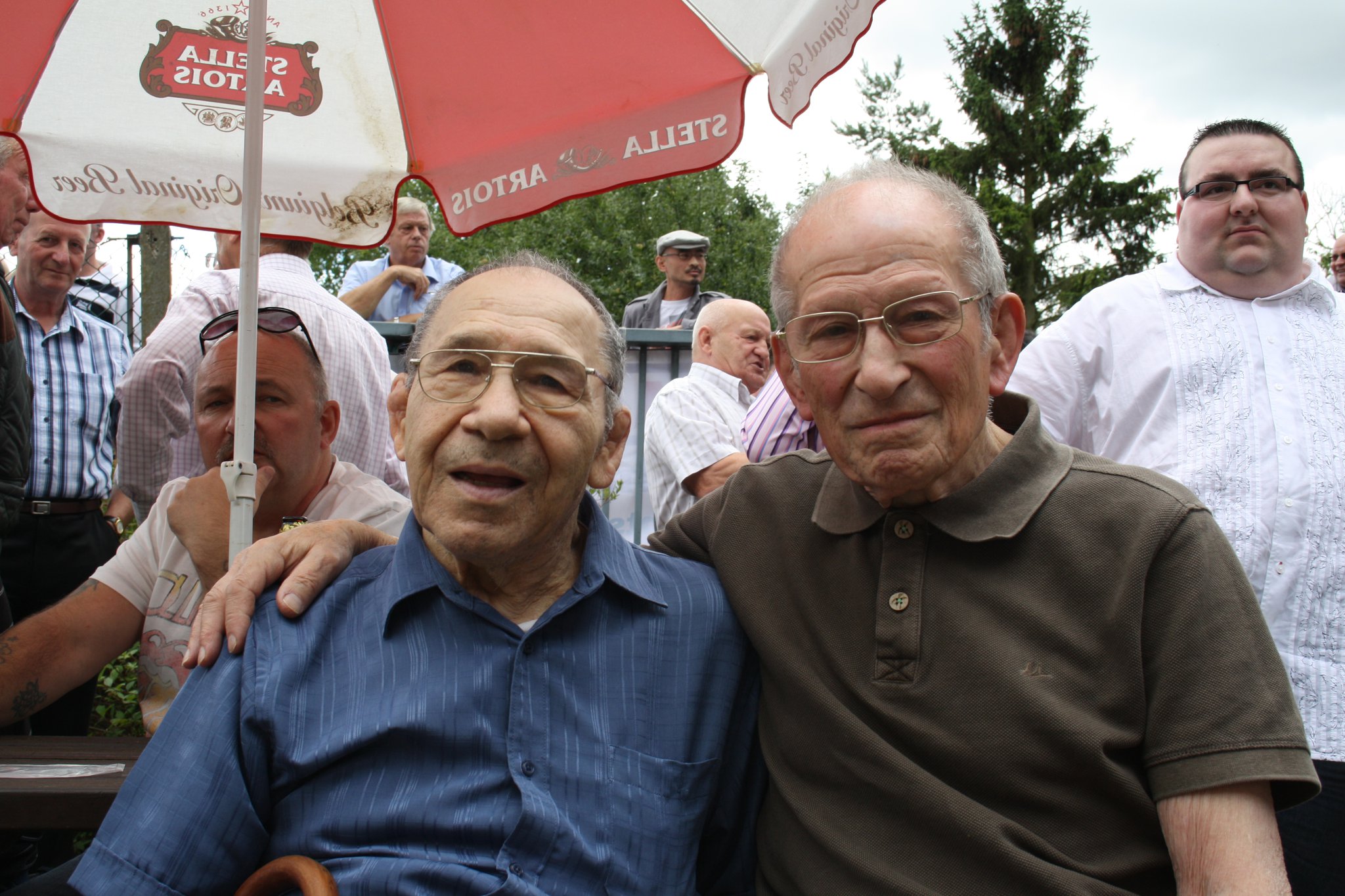 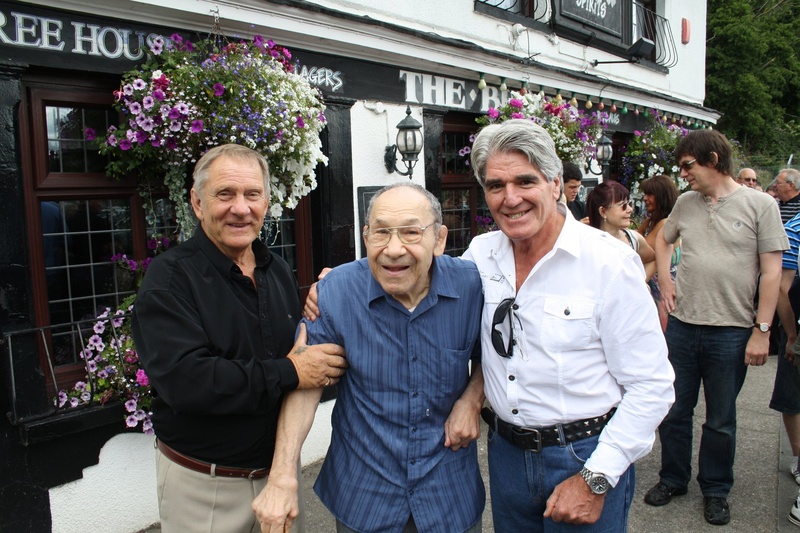 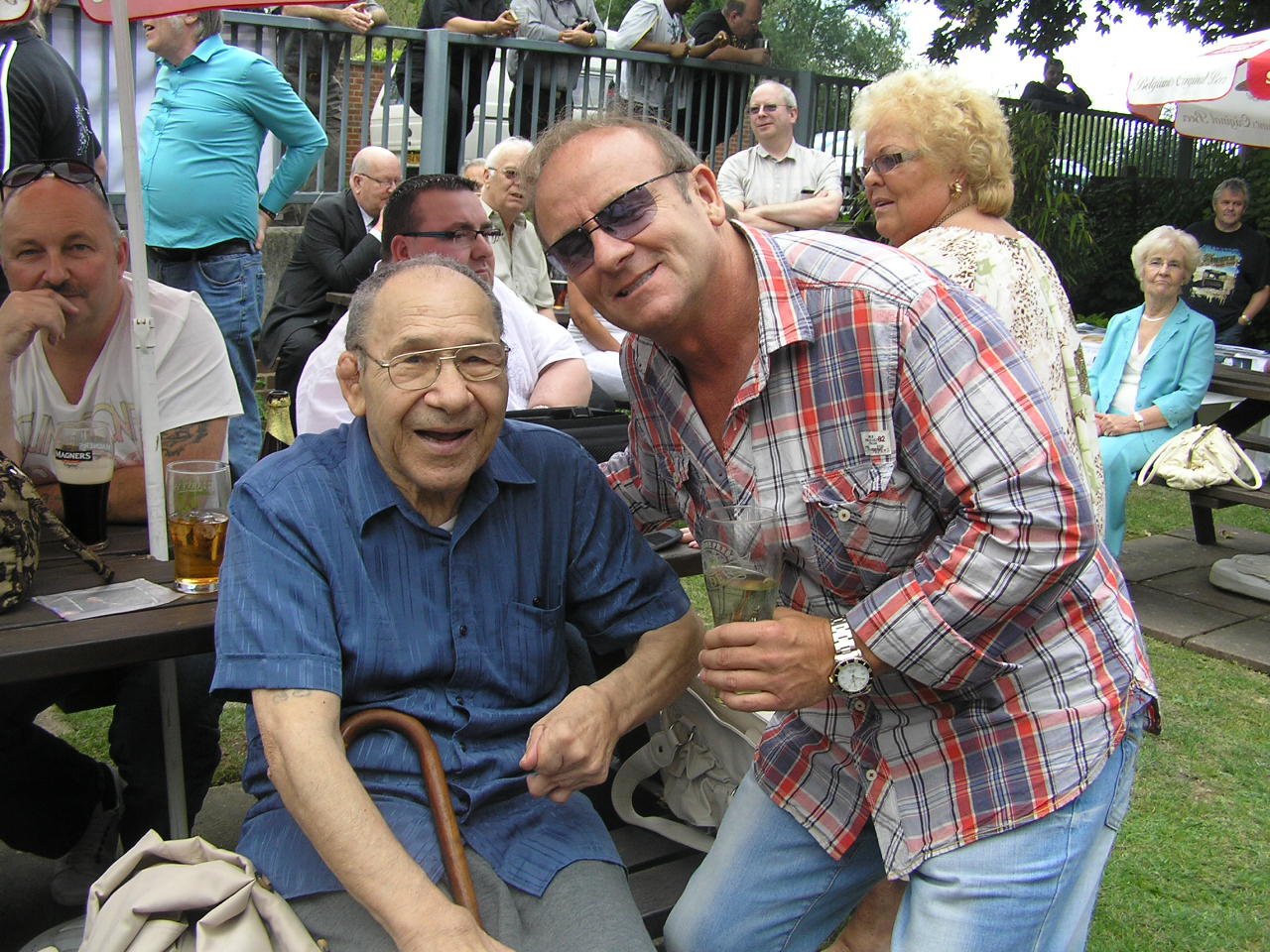 I loved Peter like a Brother. Wonderful wrestler and great companion. Sleep well.

Had some wonderful times and laughs with Peter. Sadly missed

Peter was the perfect wrestler who knew the game backwards. R.I.P.

What a superb man and wonderful wrestler. A pleasure to know.

I travelled a lot with Peter . he was good fun underneath his serious crust. Learnt a lot from him and always had the deepest respect for him.

John Hall. I was close friends with Peter and Tibor, and often visited them at home in Brixton when they shared the house there. Also went to Tibor's pub in Chelsea and visited him after he lost his eye in the cancer op. Peter and I stayed in touch for many years and I am very sad to lose such a good pal. R.I.P.

Karen Boxall So sad that we have lost a true legend. RIP Peter and my thoughts are with Zosia xx

Sean Regan. Peter was the consummate athlete and also a really nice man. Much respect and condolences to the family.

Lyndsey Mason  ( Butch Crusher Mason's Daughter)RIP Peter, such a said day. Sending my thoughts out to his daughter Zosia and to the rest of his family but also to all his friends as well. Thinking of you all xx

Keith Myatt Sorry to hear this.

Tony Banger Walsh Rest in peace Peter,thanks for the memories.Re United with Tibby.

Dazzler Joe Cornelius. I knew Peter and Tibor since they arrived in the U.K. Was on the show when Tibby jumped the groin. Excellent workers and both of them could handle themselves too. Sorry to hear of his death. R.I.P. and thanks for the good times.

Anthony Holdway A really lovely guy and a much underated wrestler. (Jon Cortez )

Stephen Barker As my regular venue was the Agricultural Hall Maidstone - from when Max took over Dales - Peter would sell the tickets every fortnight , have the briefcase wth the money in and run the show, His wife and young (then) daughter would sell the programmes.

Adrian  and Linda Street.   What a  great grappler and one of the nicest mannered men that you could ever meet. He helped so many youngsters to get started and loved his soccer. Rest easy up there in the great dressing room in the sky with Tibby and the lads/lasses.

Frank-and Lynda Cullen Sad news, Peter was a great guy .... One of the Greats of Wrestling

Paul Gattrell True gent , thanks for the memories RIP

Jonathan Smeed Very sad news. I was very fortunate to share a dressing room with Peter many times and have the chance to work with him in a ref/timekeeper capacity. Very serious and respectful of him at first but soon had a good chuckle with him. Never lost huge respect for him, though. Great ref.

R.I.P.  The legend that was PETER JENO SZAKACS 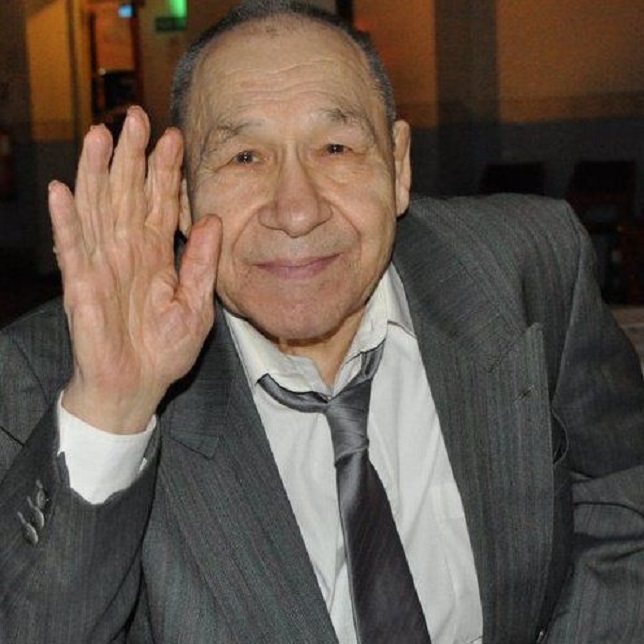 Donations can be made to the Stroke Association via the following link set up by Zosia Marsh.