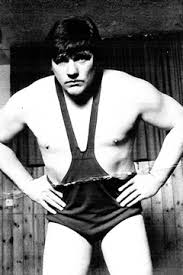 John Cox caught the wrestling bug at an early age after volunteering as a first aider at his local hall in York.  After trying his hand in the amateur ranks, John was trained by the former British Heavyweight Champion Ernest Baldwin and finally got his dream and turning professional in October 1952 having his first bout against his fellow Yorkshireman Jim Armstrong in Grantham.

After taking part in a couple more bouts John came to the conclusion that although he had amateur experience his professional skill needed much more work if he was going to be taken seriously as a professional wrestler and so John decided that rather than carry on he would take a year out of the professional scene and go and learn the business from the bottom up. John was always fully aware that unless you were a top star with national television coverage that it was going to be very difficult to earn a good living as a full time professional wrestler and therefore as he had always been interested in medcial matters he became an ambulance driver with a view to training in his spare time and when he was ready go back into the ring.

In 1963 John made a triumphant return to the ring.  After a year of training John was adamant that he was going to make a name for himself in the wrestling business and it was not long before the promoters started to put him matches against Albert Wall, Count Bartelli and Kendo Nagasaki, Ian Campbell, Leon Arras to name but a few.  John also had a short lived tag team partnership with Colin Joynson. 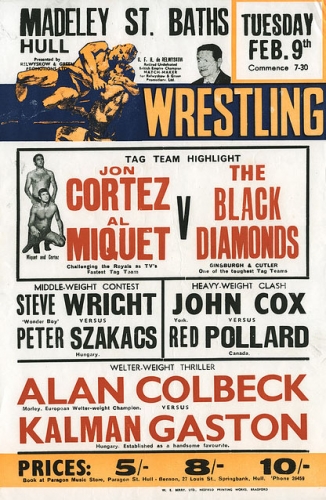 John made numerous televised appearances on itvs world of sport and was a fan favourite for most of his career.  Unfortunately, one televised match that John is remembered for is a a bout against the mamouth Giant Haystacks when Cox did not last the first round being knocked out by the Haystacks elbow drop.

On retiring from professional wrestling, John became involved in local politics and was a councillor for many years.

John still takes an active interest in the wrestling business and is a visitor to the Wrestlers Reunions.

Kendo at the Reunion
4340 views