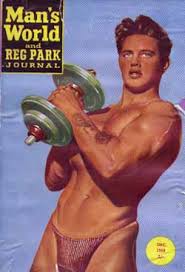 With his peroxide mane tied in pigtails, outrageous make-up and arrogant behaviour, Exotic Adrian Street prided himself in being the one that grapple fans loved to hate.

However, one little known ringside showdown in 1971 alone should have earned him  the title of national treasure – he fought paedophile TV star Jimmy Savile and beat him black and blue.

“The promoters were trying to put Savile across as a bit of tough guy in those days and they were trying to get other proper wrestlers to throw their matches with him  – it was all part of some big stupid  gimmick,” said Street, who runs a wrestling wear business called Bizarre Bizaar in Florida.

“And when I found out I was up against him next, I wasn’t very happy, not least because I’d just beaten world lightweight champion George Kidd at Nottingham Ice Rink the night before.

So when it was suggested his clash against the cigar-chomping DJ and presenter should end in a draw, Street put his foot down – right on top of the late Yorkshireman’s head.

“His cronies were telling me, ‘Don’t underestimate Jim, he’s trained with the Royal Marines’, but I was having none of it,” snorted Street. 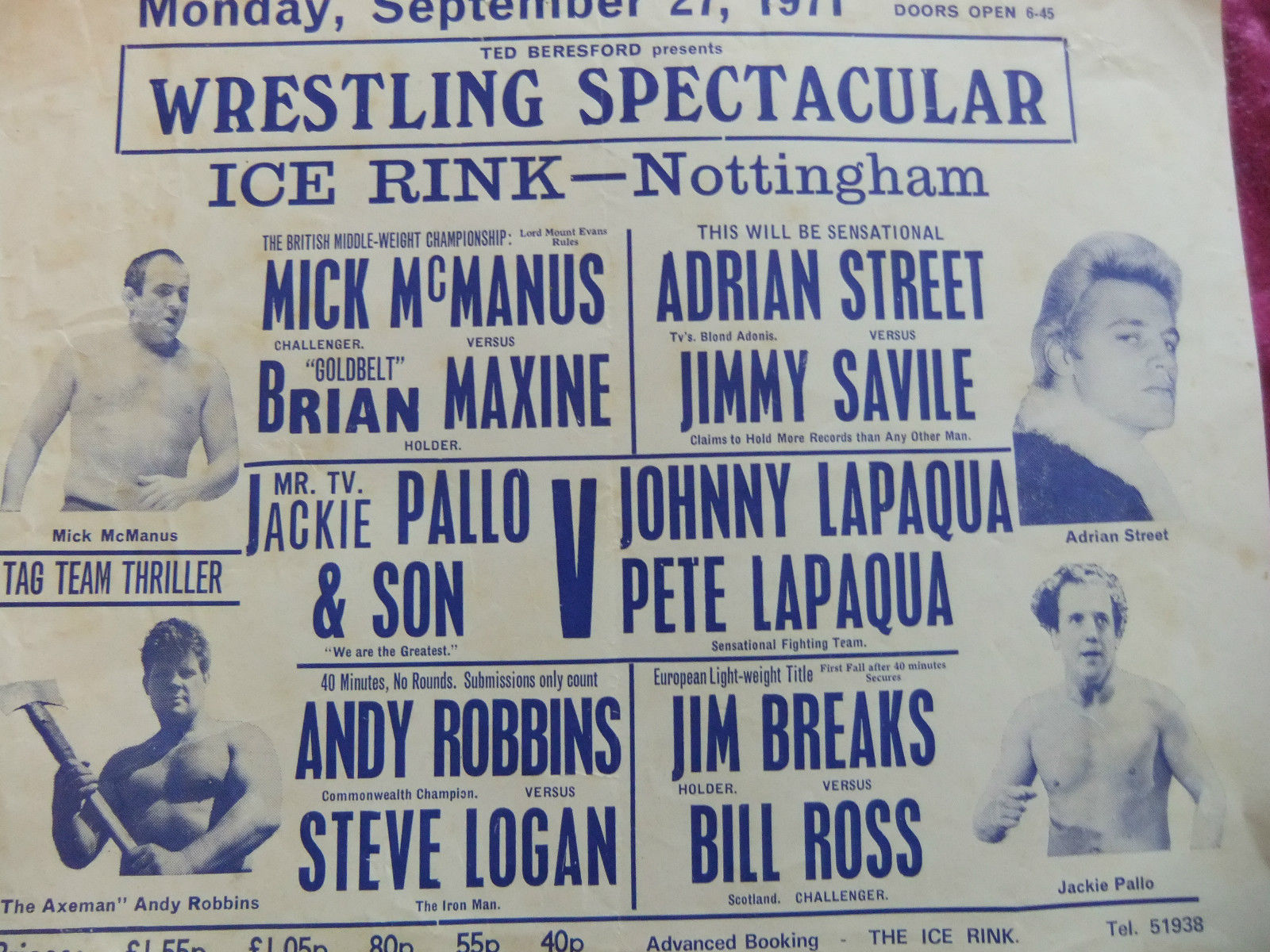 “I kicked his legs from underneath him so he hit the deck, then I picked him up by his hair, held him upside down and dropped him on his skull.

“Then, when I looked down at my hands, I realised they were covered in hair – Savile’s.

I had torn huge clumps out of his scalp.

“I absolutely crucified the bloke and when I spoke to my wife afterwards, she said I’d looked like a hungry fox going after a chicken.

“Savile never returned to the wrestling ring after that and I never clapped eyes on him again.”

Jimmy Savile  was the host of Jim'll Fix It

However, even then his vile appetite for underage girls had been an open secret.

“Don’t get me wrong, all the fighters on the circuit used to boast about their conquests,” said Street.

“But Savile used to go on and on about the young girls who’d wait in line for him outside his dressing room.

“He’d  pick the ones he wanted and say to the rest, ‘Unlucky , come back again tomorrow night’.

“Had I known then the full extent of what I know about him now, I’d have given him an even bigger hiding – were that physically possible.” 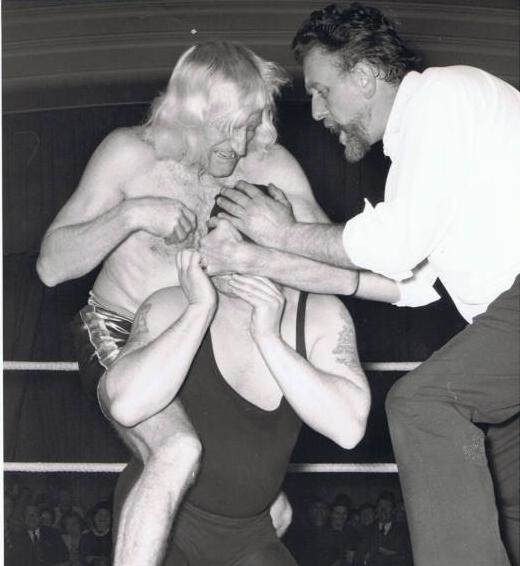 (Savile got a good hiding off of Adrian Street)

Born into a pit working family in 1940, Street was fascinated by bodybuilding from an early age,

“I had an older brother and sister and felt I always had to compete for my parents’ affection, which is probably where my compulsion for showing off comes from,” he said.

“I was always expected to follow my dad down the mines but ran away to London in ‘57 to become a boxer instead – it seemed a less dangerous career choice.”

A big  fan of US pro-wrestler Nature Boy Buddy Rogers, Street emulated his blond, bronzed Adonis look and took up the sport for himself.

“UK audiences didn’t get it though, so while I thought I looked fantastically macho, the crowds would shout things like “Woo-hoo Mary , give us a kiss’.

“So I thought to myself, ‘Well, if that’s what the silly buggers want then that’s what I’ll give them’ and made my character all the more extreme by skipping around the ring and planting big lip-stick smackers on my opponents’ faces as I pinned them to the canvas.”

And, once he’d  found notoriety – his look apparently influencing even glam rock legend Marc Bolan – the self-professed ‘sweet transvestite with a broken nose’ was quick to return to Wales in order to rub his doubters’ noses in it.

“My father never ever gave me any encouragement and I got nothing but stick from the other miners, so the minute a newspaper showed interest in doing a photo-shoot with me, I went straight to Brynmawr and posed with the lot of them whilst wearing my full wrestling regalia.

“Actually, I grabbed them all as they were coming up from underground in the pit cage, saying, ‘None of you better move, you’re going to have your picture taken’,” he laughed.

“It was kind of my two fingered salute to how they’d treated me.”

Dubbed the ‘sadist in sequins’ and ‘King Kong with lipstick’, Street left for the US in 1981 where, unbelievably,  he continued with his grappling career right up until earlier this year.

“My final professional match was on March 9 which, ironically, would  have been my father’s 103rd birthday,” he said.

He’s also had a eventful life outside of the ring, having penned several books about his life including So Many Ways To Hurt You and I Only Laugh When It Hurts, producing pop singles such as Imagine What I Could Do To You, starring in movies such as Pasolini’s The Canterbury Tales and proving the unlikely star attraction of  exhibitions by Turner Prize-winning artist Jeremy Deller – the pair having previously worked together on a film  about his exploits.

“The doctor told me I only had months left to live and that I should go home and prepare for the end,” said Street.