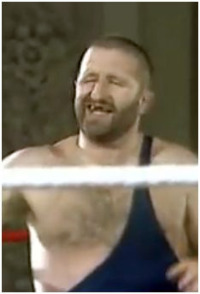 Sid Cooper was one of the most recognisable faces in British wrestling during the 1970s and 1980s having made a household name for himself mainly thanks to his endless television appearances. 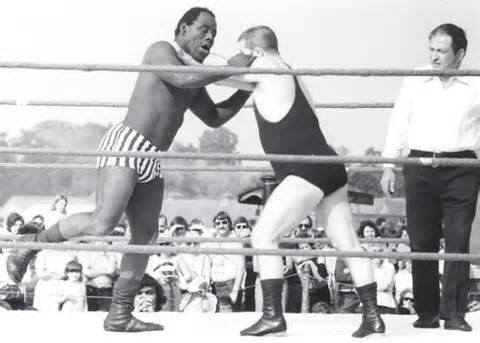 Having started his career for independent promoters in the North of England under the ring name of Norman Cooper, the long haired scowled face Cooper was soon facing top opposition, he was the perfect villain and the fans loved him.  Sid was having a modicum of success as a singles wrestler and was soon brought to the attention of Joint Promotions who took an instant like to the man and his ring style and signed him to a contract, finally Sid had made the big time. 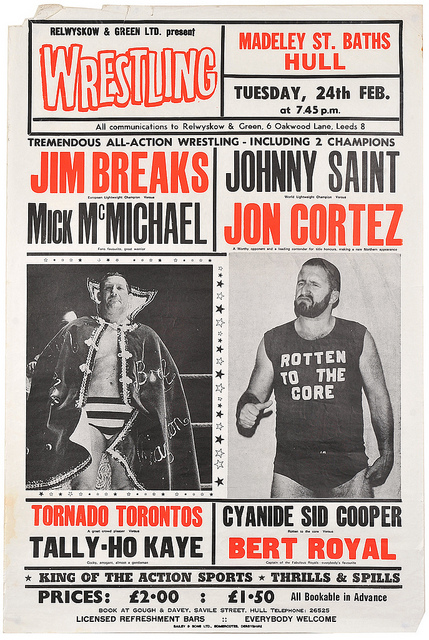 Norman Cooper became Sid Cooper and on the 25th May 1963 in a bout from Wembley Sid had his first taste of national exposure when he faced Zoltan Boscik in a televised contest.  Sid was successful and won the match by two falls to one against one of the best lightweights in the UK. This was to be Sids first televised appearance that was to last 25 years, his final match being in October 1988 two months before ITV wrestling came to an end.

As Sid was becoming a trustworthy and loyal employee to Joint Promotions he was given the opportunity to step into the ring with some of the biggest stars of the day including the likes of Johnny Saint, Steve Grey, Jon Cortez, Catweazle, Lenny Hurst to name but a few.  Coopers rulebending style against the likes of these wrestlers made for thrilling contests, the fans booed the man from Queensbury when he entered te ring and booed him even louder the more he broke the rules always protesting his innocence to the referees. 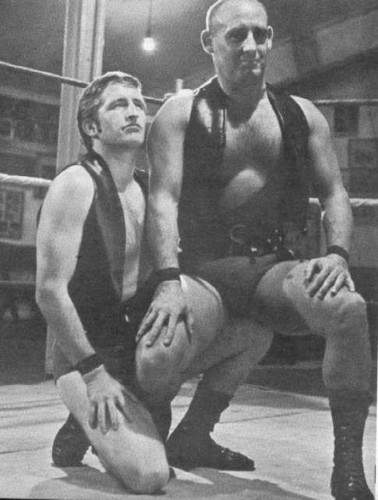 Towards the end of the late 1960s Cooper was to move away from singles competition when the promoters teamed him up with fellow Yorkshireman Alan Dennison, the team known as The Dennisons, had a lot of success in the ring and wrestled the likes of the Cortez Brothers, The Royals, The Yorkshire Terriers amongst others.  The team was disbanded after a few years when Cooper moved to London but they had definately left their mark as one of the best tag teams of the day. Whilst Cooper would go on to form tag teams with other partners, most famously Joe Murphy as The Roughnecks, he never achieved the success that he had with Alan Dennison.

With British wrestling going through a revival during the late 1970s Cooper was very much in demand, a lighter villain in the ring he was soon main eventing as regular opposition to Big Daddy in tag team action over the next ten years.  However, Cooper continued with his solo career and on the 25th May 1985 at The Colston Hall in Bristol Sid was to win his only championship when he defeated Danny Collins for the British Welterweight Title.  Cooper was to hold this belt until the 26th August 1985 when he was defeated by Danny Collins who regained the title.

(Sid Cooper gets a telling off from referee Ken Joyce)

Sid Cooper although portrayed as a baddie in the ring was one of the much loved wrestlers by the fans.   Sid, always a nightmare for referees, often ended up in contests not against another wrestler but aganst the actual referees, notably matches against Max Ward and Ken Lazenby, as expected Sid was always on the losing side to the delight of the fans.

Although Sid remained a full time professional, as his career was starting to slow down he became one of the top trainers in the UK and taught many of the up and coming stars of the 1980s who, in the event that televised wrestling had not come to an end, would have gone on to great things in the sport. 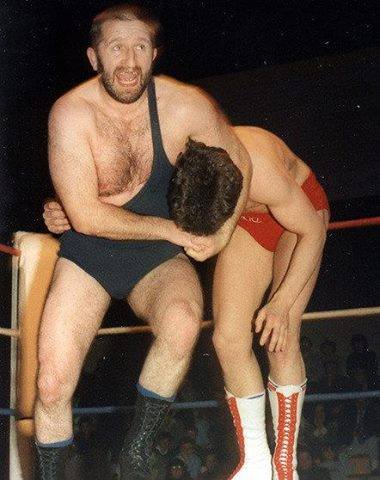 (Sid Cooper in action against a young Steve Logan)

Sid Cooper had a long and varied career, well known and well loved he is now retired from the ring. Unlike his in ring performance Sid is a very shy and private man and we were very honoured when he agreed to attend the Reunion in 2013 for the first time.

Sid brought joy to many wrestling fans and was respected by his fellow professionals, although not a man of vast title wins his contribution to the wrestling business is second to none and he fully deserves the honour of being inducted into the Hall of Fame.